Anderson Towing at 706 Central Ave. in  Billings has become a U-Haul neighborhood dealer to serve the Billings community.

Anderson Towing on Central owner Cameron Cochran is proud to team with the industry leader in do-it-yourself moving and self-storage to better meet the demands of Yellowstone County.

U-Haul has teamed with independent dealers to offer moving equipment since 1945. With the COVID-19 outbreak creating challenging times for small businesses, more than 20,000 dealers across the U.S. and Canada are creating supplemental income through their U-Haul partnership. When a customer rents from a U-Haul dealer, they are directly supporting an independent small business in their community.

As an essential service provider, U-Haul stores and dealers continue to serve the public. Their products are utilized by First Responders; delivery companies bringing needed supplies to people’s homes; small businesses trying to remain afloat; college students; and countless other dependent groups – in addition to the household mover.

U-Haul Truck Share 24/7 allows customers to create an online account and pick up their truck at any hour using only their smartphone with photo feature and GPS. Trained Live Verify agents interact with customers online, enabling them to skip the lines and go straight to their truck.

Previously, the Small Business Administration had deemed agricultural producers ineligible for the EIDL. Montana’s senatorial delegation pushed for the change to the SBA program. Senate Majority Leader Mitch McConnell credited Montana Senator Steve Daines and other senators from rural states for making it clear that farmers and ranchers are eligible for the program.

Earlier this month, Daines sent a letter to the Small Business Association urging them to grant farms, ranches, and agriculture businesses the opportunity to apply for the EIDL program. Upon passage of the bill, Daines commented that, “This is great news for Montana’s farmers and ranchers as they head into the spring planting season. Ensuring our farmers and ranchers have access to this program is critical to making sure they can continue to maintain our nation’s food supply chain during the Coronavirus outbreak.”

The $60 billion of funding, including an additional $10 billion for emergency EIDL grants, will replenish EIDL program for small businesses. This is in addition to the $10 billion Daines secured for EIDL in the Phase Three Coronavirus Economic Relief Package.

This is not Phase Four of Congress’ response to the coronavirus outbreak. This bipartisan deal is a boost in funding from the Coronavirus Economic Relief Package which was signed into law on March 27th, 2020 to protect public health, and provide relief for small businesses, workers and families.

Senator Jon Tester also pushed for the change to allow farms and ranches to qualify for the EIDL program. “Montana’s family farms and ranches are the lifeblood of our state’s agriculture, which is our state’s number one industry and is vital to rural communities across Big Sky Country,” said Tester. “The fact is our independent ag producers were just scraping by before this pandemic, so I fought to make sure this program was expanded to include them because these folks need certainty as we head into planting season. I am not going to let Washington leave rural America behind.”

The provision means ag businesses can now apply for low-interest loans through the program and may also qualify for the $10,000 emergency grants. To be eligible, ag businesses will have to show that they have been hurt by the economic downturn caused by coronavirus.

A Matter of Life & Death 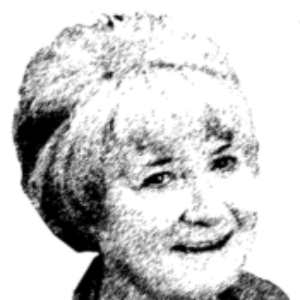 The one thing the coronavirus crisis has surely demonstrated is how many people have no understanding about the economy and no respect for the role it plays in our lives – no respect for those who make it work. We are very much reaping the disaster of generations of limited economic education and the consequences lay before us.

Let’s make clear that the economy is not the stock market, ledgers, accounting schedules or a bunch of data points. The economy is PEOPLE LIVING THEIR LIVES.

Shutting down the economy is to destroy people’s lives. We are not all going “to get through this, together,” no matter how often the mantra is repeated.

Economic losses at every level of business are about life and death conflicts, every bit as much as the risks of a virus. It is without doubt a terrible thing to have to choose courses of action between the two, but it is even more tragic if the importance of one side of the equation is trivialized and minimized. When that is happening, how good can decisions really be?

There is little balance in the analysis that is taking place. When business closures are presented as nothing more than “minimal inconveniences,” it seems rational to conclude that the spread of the virus is the worst possible outcome. The need to shut down the economy becomes very convincing, if one doesn’t look at the economic side of the equation too closely.

Oh no, our leadership really cares. Such will surely be the claim.

The tone of conversations, directives or other public comments show little evidence of that. The tone of political leaders and bureaucrats who are still restricting the operations of business, as well as citizens who want to continue the shutdown, reveals that a huge segment of our population truly believes that “milk comes from the grocery store.”

Pleas to convince the public to accept the business closures blatantly trivialize the importance of business.  They subtly chastise us about being resistant to their decisions. We are told we shouldn’t be reluctant to give up parties, dining out, having a drink with friends at pubs and bars, or missing a ball game.  That’s all they mention, as though that is all business closures is all about – as though that is the only consequence of what they are doing. Given the reality, though —of people watching years and years of building a business go down the drain, food items disappearing from grocery shelves, or struggling to provide the necessities for their families – such repeated chastising is an insult.

From the beginning of decrees to close businesses— while there were lots of numbers quoted regarding infections and deaths, masks, testing and ventilators, and projected impacts of the virus— there was not one number quoted regarding the closure of businesses. Not one.

There was not even a warning about how many people should be prepared to lose their jobs the very next day. It was as though this was a very benign decision and no one would lose their jobs. There seemed to be no awareness that billions of dollars were to be lost to the economic base of our communities – much less any numbers to estimate how much that could be.

There were no decision- makers saying that many local small businesses may never reopen again. Or that over a third of workers would be unemployed. One comment suggested that if “only” 40 percent of business failed, that would be an acceptable outcome. A loss easy to bear, when it’s not yours to bear.

Closing businesses is apparently only about foregoing a beer with friends. How could anyone object to shutting down the economy?

Alongside not spending an evening at the pub, decision-makers might have mentioned the young single mother who is a server at that pub, dependent upon tips at the pub to pay rent and to feed and clothe her children. They could have mentioned her, but they never have.

I heard one astonished man upon hearing the decrees declare, “Don’t they know that losing a month’s salary for some of these people will take years to make up?”

Among the other data they might have compiled and spoke about, as part of the public pronouncements, was the mention that maybe a fourth of businesses will fail within the next couple of years as a consequence of the closures. They might have compared the number of virus deaths with the deaths that would surely result from economic declines, including the increase in suicides. They might have foreseen the potential of food shortages, had they understood that “economics” is all about life and survival. If only they knew that milk doesn’t just materialize on grocery store shelves.

But since they never had to know, and those more knowledgeable always took care of economic realities, the consequence of closing businesses seems a minor thing. It certainly doesn’t compare to the threat of disease, a disease from which 99 percent survive. In that ignorance, there seems no reason to weigh pros and cons.

Maybe one benefit of this economic destruction – of which most of the consequences are yet to befall us — will be a better understanding, that the economy is not some esoteric academic indulgence for an elite few, but that it is everyday common people living life and without which there is no life.

By Michael Lucci, The Center Square

Montana’s real-time unemployment rate was 18.7 percent. Nationally it had climbed to 21.4 percent on the initial claims data, based upon 50 Economy labor market estimates. Initial claims have decreased week-over-week for three weeks in a row. However, the total count of unemployed American workers continues to climb by millions per week even as new claims slow down.

The real-time unemployment rate uses March Bureau of Labor Statistics data as a baseline, and includes recent workforce dropouts as unemployed. This baseline unemployment count is combined with 5 weeks of initial unemployment claims from the Department of Labor to arrive at the total estimate of unemployed for each state.

This method shows an estimated 35 million unemployed Americans through April 18.

The federal CARES Act and the extensions of its aid provisions have provided financial support to workers and businesses affected by the crisis in order to help them survive the crisis. The coronavirus pandemic has dramatically depressed economic activity, consistent with prior economic research on pandemics, and economic activity will not return completely until there is a vaccine or curative drug for the virus. States now have the tremendous responsibility of executing safe strategies to gradually reopen their economies, balancing the trade-off between healthcare risks and the risks of an economic depression.

Once states are re-opened, they can ease regulatory red tape in order to allow for more efficient business formation and job creation. Re-opening strategies should be followed up by public policy reforms that make it easier to start businesses and find new jobs. State and local red tape should be scaled back, and state tax codes should improve their treatment of operating losses and the depreciation of new business investments.

America needs innovation and growth from the private sector in order to pull the economy out of crisis. This can occur more rapidly if there is policy innovation in the public sector to clear the pathway to economic success. Federal government aid to help businesses survive should not be unwound by state and local red tape. Policymakers can instead take a proactive role in advancing overdue measures to produce a better tax code and lighter regulations.

Michael Lucci is the President and publisher of 50economy.org. He also serves as a Senior Policy Advisor to the State Policy Network. He  was the Vice President of State Projects for the Tax Foundation.