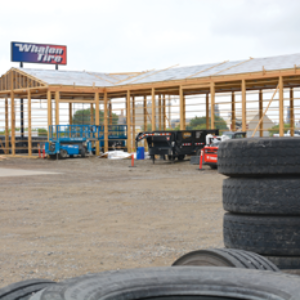 Whalen Tire is expanding and building a new store in Lockwood, having closed their downtown location.

Whalen Tire actually opened at the Lockwood location six years ago. During the past six years they have been doing business out of two locations – at 2539 Old Hardin Road and at the corner of North 24th Street and First Avenue North.

They have since closed the downtown store and are in the process of selling the property.

Expansion of the Lockwood store includes adding two service bays which will allow them to expand the services they offer to include alignments. They are also expanding the warehouse. Whalen Tire sells numerous brands of tires for almost any kind of vehicle from large semi-trucks and construction equipment to cars, including going into the field to deliver and service their product.

Whalen Tires is a substantially large company with locations in Butte, Helena, Bozeman, Belgrade, Dillon, Great Falls, Missoula and Spokane, as well as Billings. Company-wide they employ some 150 people, including ten at the Lockwood store. The company is owned by Tom Whalen and headquartered in Butte. The company was founded by Tom’s father, the late “Tike” Whalen in Butte in 1964.

The Lockwood store is managed by Kim Christophersen and Jeremy  Azure.

According to Christophersen, prompting the decision to move to Lockwood was the realization that going east there are no tire supply businesses. “Once you leave Billings,” he said, “there is no tire service until Miles City or Sheridan, Wyoming. Also, the location has easy access to the interstate highway.

The growth they have experienced over the past six years has proven that it was a good decision. 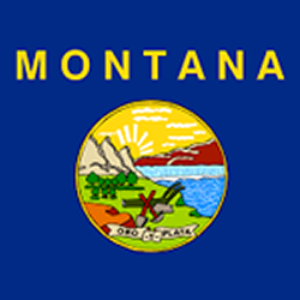 Sheriff Mike Linder is sending a letter to the state Department of Corrections (DOC) to inform them that the actual cost to Yellowstone County to house a prisoner is $77.22 a day – not the $69.31 that the Montana State Legislature set as a cap of what the state will pay. The real cost is actually higher than that, said Linder, but the state will not allow capital costs to be calculated into the per diem rate.

The state is asking the county for a contract to confirm the rate and Yellowstone County officials are not too sure what such a contract would really do. Some counties have refused to enter into a contract, said Linder. Others, such as Gallatin County, refuse to accept state prisoners.

Deputy County Attorney Kevin Gillen said that such a contract is called “a contract of adhesion.”  “You take it or you leave it,” he said.

In a discussion, on Monday, county officials concluded that they will accept a contract with the state but the bills that they send to the state will include the real per diem cost of housing prisoners, even though they know they will only get paid the lower sum. This way there will be a record of what it is really costing, they concluded. The finance department estimated that the county stands to lose about $45,000 annually through the lower rate, based upon 2017 figures.

The state’s rate of $69.31 is actually a new rate – 31 cents higher than what the state has been paying.

Four years ago the state was paying $76.94 a day, but during a session in which the budget was very tight, legislators arbitrarily lowered the rate, and now they seem to like it there.

The good news, said Linder, is it will go up another 30 cents a day, in another year.

Gillen commented that what the DOC is really doing is “parking people in jail” because the state doesn’t have the capacity. He suggested that, while accepting the lower per diem rate, the county can insist that they get inmates out of the county jail in a more timely fashion.

No county is required to accept prisoners from the state. The prisoners are usually people who were county prisoners until they were prosecuted and sentenced in court, at which point they become “state prisoners.”

The number of prisoners held at the county by the state have declined, but said Gillen the trend is that they are released from state custody sooner without probation, which leaves them free to return and “re-offend”, at which point they again become the county’s problem.

On any given day the county holds between 40 and 50 state prisoners.