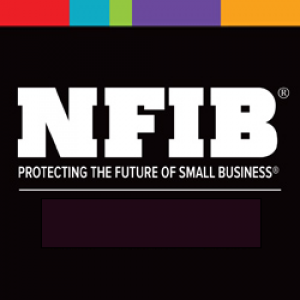 If the attitude of business people is any indicator about the future of our economy then things aren’t looking so good, according to the most recent survey of the National Federation of Independent Business (NFIB).

Owners expecting better business conditions over the next six months declined 7 points to a net negative 23 percent, the lowest level since November 2013.

In a survey of their membership (one must be a business owner in order to be a full-fledged NFIB member)their Optimism Index declined by 9 points.  Four of the 10 Index components declined, two improved, and four were unchanged.

The declines are dramatically different from the results of surveys over the past four years when scores at times pushed record highs, except when the COVID virus business restrictions occurred. Even then the optimism jumped back up after the initial plunge.

In its commentary about survey results, NFIB stated, “January came in with a whimper as consumer spending tailed off sharply at the end of 2020, leaving spending 2.5% below levels at the start of the year. GDP did no better, ending up 3.5% below 2019 peak. Still, that represents a remarkable recovery from the plunge in GDP in 2020 Q2. Twenty million workers became unemployed, 10 million were “recovered,” and the other 10 million remain unemployed coming into 2021. Initial claims for unemployment benefits are falling, indicating workers are finding a job (or giving up). NFIB firms reported solid hiring.”

Small firms are trying to figure out how to operate in the “now,” adjusting operations to stay open, and seize upon any opportunities to grow. Hiring is good for those in less restricted industries and where consumer spending is strong. However, the “future” is not so rosy for many small firms, with expectations for business conditions and real sales in the tank. Important activities like capital spending remain depressed.

Job growth continued in January. Firms increased employment by 0.36 workers per firm on average over the past few months, up from 0.30 in December, a very strong 2-month performance. But the hiring is uneven geographically and by industry. Thirty-three percent (seasonally adjusted) of all owners reported job openings they could not fill. Twenty-eight percent have openings for skilled workers (up 1 point) and 12 percent have openings for unskilled labor (up 1 point).

Fifty-five percent reported capital outlays in the last six months, up 3 points from December. Of those making expenditures, 41 percent reported spending on new equipment (up 3 points), 27 percent acquired vehicles (up 7 points), and 15 percent improved or expanded facilities (up 4 points). Five percent acquired new buildings or land for expansion (unchanged), and 12 percent spent money for new fixtures and furniture (up 4 points). The increase is welcome, but leaves capital spending historically low, damaging growth prospects and future productivity gains. Twenty-two percent plan capital outlays in the next few months, unchanged from December, but low. This is consistent with the dismal view of future economic activity and sales levels held by small business owners. New capital is not needed if more production and sales don’t occur.