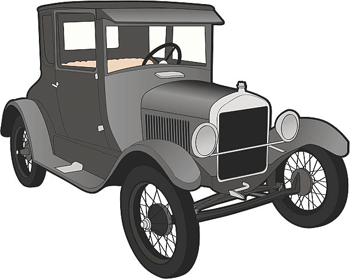 Model T aficionados will be descending on Billings with their antique cars, arriving from all over the country and Canada. Members of the Rimrock Model T Chapter of Billings hope their visit will prompt a bigger event from the National Model T Club of America, according to Chapter Chairman Steve Shelton.

The group will be in Billings on July 16 -21. The city will be a hub for tours of the area which will include visits to Pompeys Pillar, Big Horn Battlefield, a swing through Columbus and Red Lodge, and a “back roads” tour. They will be visiting the Huntley Project Museum and the Yellowstone County Museum.

The Ford Model T, the first affordable automobile for middle-class America, was produced by Ford Motor Company from October 1, 1908, to May 26, 1927.  The automobile was made affordable through Ford’s innovation of assembly line production.

As of last week, the group had 50 antique cars “signed up,” according to Shelton. Most car owners are expected to transport their vehicle to Billings and then drive them on their tours. A couple, however, plan to drive their vehicles, said Shelton.

Shelton said that attendees of the event will have an influence on future site selections for larger gatherings, and if they have a good time and find the community welcoming, Billings could be chosen as a site for another event.

Shelton was joined by a couple other Rimrock Model T Chapter members last week to ask for a contribution to help the club host the event, from County Commissioners. The commissioners suggested that they ask the Billings’ Chamber of Commerce’s Visit Billings for support, since to support and encourage such visitations is their purpose. The club members said they received a $1500 contribution from Visit Billings, but  are in need of more.

Commissioners indicated that they would discuss making a contribution, probably from PILT funds, but noted that making those kinds of contributions is problematic for them because it pushes the boundaries of the appropriateness of using taxpayer dollars, and creates a quandary as to how to decide what public interests to support since they cannot support all of the requests that will surely come.