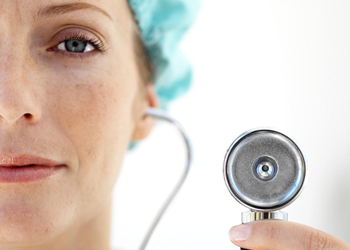 Under the Trump Administration there have been changes made to rules governing employee insurance that have expanded and improved benefits, over the past year.

Last week, the Trump Administration announced new guidance on health savings accounts (HSAs), which will help patients better manage chronic conditions, provide more affordable access to treatments, and in the end prevent these conditions from worsening. This first action stemming from Executive Order 13877 (“Improving Price and Quality Transparency in American Healthcare to Put Patients First”) expands the list of preventative care benefits permitted to be provided by a high deductible plan, which will allow patients with chronic conditions such as diabetes, heart disease and asthma to use their HSA dollars to pay for treatment and care before they meet their deductible. This change is effective immediately.

The directive follows another in mid-June which allows citizens to use HRA funds to purchase the health coverage that best meets their personal needs. It also allows the use of the funds for benefits such as dental and vision care.

Last August the departments of Health and Human Services, Labor and Treasury issued a final rule on short-term, limited-duration plans. The rule extended a 3-month limitation on the duration of these plans to under twelve months; allowed for a renewal of the plans for no longer than 36 months; and requires clear communications for consumers to help them understand the coverage level they are receiving.  This health coverage option is important for the self-employed, startups, and people who transition in and out of the workforce due to personal reasons and the need for flexibility.

The courts upheld President Trump’s authority to make these changes in the directives, with U.S. District Judge Richard Leon saying, “Not only is any potential negative impact from the 2018 rule minimal, but its benefits are undeniable.”

Also, in mid-July, the U.S. House passed H.R. 748, the “Middle Class Health Benefits Tax Repeal Act of 2019” by a vote of 419-6. The legislation fully repeals the “Cadillac Tax.” The U.S. Senate is expected to act on the legislation soon.  Over time, the 40% tax is expected to hit all plans, which business organizations like the Small Business & Entrepreneurship Council, worry will put health insurance out of reach for many more small businesses and the self-employed.

“Partially due to taxes and the threat of impending taxes, health coverage costs have increased and access to health care has become more expensive. Repealing this tax is important, and we are pleased to see the massive bipartisan vote in support of ending it for good.  Similarly, it is now time for Congress to repeal or extend the current moratorium on another tax – the Health Insurance Tax (HIT) – which specifically targets small business plans,” said Karen Kerrigan, who heads the SBE Council.