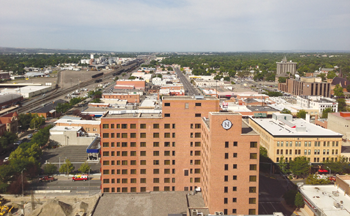 A study on the “Most Affordable Metros in the West” places Billings as the 4th most affordable midsize metro in the Western US, according to advisorsmith.com. In comparison to cities of all size in the West, Billings ranked 21.

“Our study analyzed the cost of living in 111 metropolitan areas from the 13 Western states. We used our Cost of Living Index to measure the affordability of food, housing, utilities, transportation, healthcare, and consumer spending, explained Brenda Franco, Public Relations Specialist for advisorsmith.com.

—Billings is more affordable than other Montana cities including Helena, Missoula, and Kalispell.

—Overall, Billings ranked #21 in affordability among metros of all sizes in the West.

In the category of Small cities, Great Falls ranked 7th.

The American West consists of 13 states that cover over half the land area of the country and almost a quarter of the population, from the mountain ranges of the Rocky Mountains and the Sierra Nevada to the Pacific Coast. Western states include some of the country’s fastest-growing cities and most dynamic economies, along with rural areas, plains, and farmland.