Good News Could be Coming to Montana’s Beef Industry 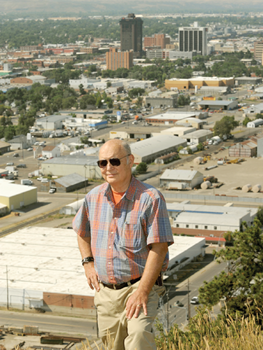 Things are changing because of the COVID crisis, and one of those changes — which could be good news for Montana— is the strengthening of small producers in the meat processing industry.

The unveiling of problems in the nation’s staid meat packing business, has given rise to questions and challenges regarding entrenched processes, regulations and norms. Dramatic swings in how consumers are buying meat are forcing changes which are creating pressure on politicians to adapt policies and regulations, and some of those anticipated changes will pose opportunities for the industry in Montana.

“I think we are going to have more packing plants in Montana,” says Dr. Marty Connell, who has been a participant of the industry all his life and has watched its changes over the past 55 years. Dr. Connell is a Veterinarian, an Agriculture and Financial Consultant and President of Kairos Properties LLC in Billings.

In a recent interview, Dr. Connell said that there will be changes to the industry and they will benefit Montana producers and consumers.

It’s not that pressures on the meat industry were not already building and that some changes were not already happening, but the disruption of the supply chain because of the closure of a few plants due to COVID-19 infections, revealed exactly how vulnerable the industry is and that has prompted motivation to remove bottlenecks and open avenues to allow flexibility.

Generating some excitement is a bill in Congress that will open doors to allow local state-inspected packing plants to sell products across state lines – something currently prohibited by regulations.

Another development is the establishment of a new program at Miles Community College in Miles City to train students how to cut meat— and perhaps, eventually, another aspect of the program will teach how to manage a meat packing business. The program addresses a pent-up demand in the state for meat processing that was encumbered due to a lack of skilled meat cutters.

The mandated closure of restaurants because of COVID has generated a new interest in cooking at home, pointed out Dr. Connell. So, grocery stores experienced increased demand for meat, while restaurant meat purchases dropped dramatically, and a situation emerged in which there were shortages in one supply line and surpluses in another. A rapid transition was slowed because of regulations.

Dr. Connell said that while home cooking may retain some of its new-found interest, he believes that as soon as they can, people will return to eating-out at restaurants because of its convenience. There will be other aspects of life that will also return to ways of the past as soon as people can do so, believes Dr. Connell, but some things will change because of the COVID crisis, and one of the biggest will be a decline in confidence in bureaucrats whose recent deeds have created a “lack of credibility” among on-lookers.

Dr. Connell graduated from Kansas State University with a degree in Veterinary Medicine in 1965 and became one of 102 veterinarians in Montana who also served as Deputy State Veterinarians who were qualified to conduct inspections of meat processing facilities in the state. Dr. Connell was practicing at Glasgow. At the time there were packing plants all over the state – -almost every town had one.

The Department of Livestock was the Livestock Sanitary Board.

Montana, as did many states, had its own state inspector and process for monitoring inspecting and regulating the meat packing businesses. And then, as now, processors were not allowed to sell meat across state lines.

In the late 1960s, the State Veterinarian and Livestock Sanitary Board decided that it would be better for local processors to meet federal standards so they could sell their products across state lines and expand their small market. “That was a false assumption lobbied by employees of the large meat packers.”

The status of Montana’s industry at the time was that livestock growers didn’t supply enough inventory and Montana’s population wasn’t great enough to consume all that was processed – a status that hasn’t changed all that much.

The State Veterinarian’s desire for Federal Inspection finally won the day but as the federal regulations were imposed, one by one, the small packing plants blinked out of existence because they could not afford to meet the federal standards. Federal standards are only affordable if the facility is processing a large volume of animals.

So rather than expanding Montana’s beef industry, they destroyed it, as was the case across the country, and the number of packing plants dwindled to just one or two megalithic facilities.

Was there influence and manipulation of the politicians and federal regulations by the “big boys” to protect themselves and eliminate widespread competition?

Dr. Connell said that he was sure there was some of that, but the driving factor in the market, then as now, is the consumer seeking the lowest price product. The reality is a one penny price difference makes a difference in what happens in the market. Small processors do not have a large enough market to spread out their costs per unit to a degree that they can compete with larger processors or imports from Australia.

Price will continue to be the major factor in markets, believes Dr. Connell, which is why he doesn’t see internet sales being particularly successful. The price on website vendors is often four times more than a butcher and the quality is not necessarily better. The competition of the future is a business like Costco, said Dr. Connell, where they keep their prices down but maintain a good product. Ranch House Meats is another operation that has impressed Dr. Connell in how they are competing.

Whatever changes come they will be addressing the industry as a whole, because noted Dr. Connell, Montana, with a population of less than a million, has miniscule influence in Washington DC. That is one reason why the effort to require labeling of meat products as to their origin has never gained much traction in Congress.

Another factor in the regulatory squeeze, explained Dr. Connell, is that it is the nature of bureaucracy to gradually ratchet up the standards, imposing additional costs on plants. That was a problem for Montana in the recent past as small plant operators were being required to comply with demands of federal regulators that were not regulations.

But, Dr. Connell stated that over time the regulation situation on Montana packing plants has eased.

Part of the reason is that compliance has become easier due to better technology. Technology always plays a role in market changes. In the late 1800s and early 1900s, technology was a factor in how beef got to market. The emergence of refrigerated box cars allowed for the shipment of beef carcasses which was less expensive than shipping live cattle to eastern markets.

In order to overcome regulatory costs and increase the economies of scale that was beyond the small processors, Pierce Packing was built in Billings in 1906. At the time it was the largest packing plant in the country. Midland Packing was also established in Billings. Interestingly, too, is that at that time production of swine was greater in Montana than beef production, and eventually Pierce processed only pork.

Today with over 2.6 million head of cattle, the beef industry in Montana far exceeds that of hogs, of which there are only about 210,000 head.

Pierce Packing, located on the block of 15th Street and 1st Avenue North, closed in 1984 after struggling with market ups and downs, with the final blow coming because of a PCB transformer leak into their tankage product.