Forging Future for State Requires Look at Past 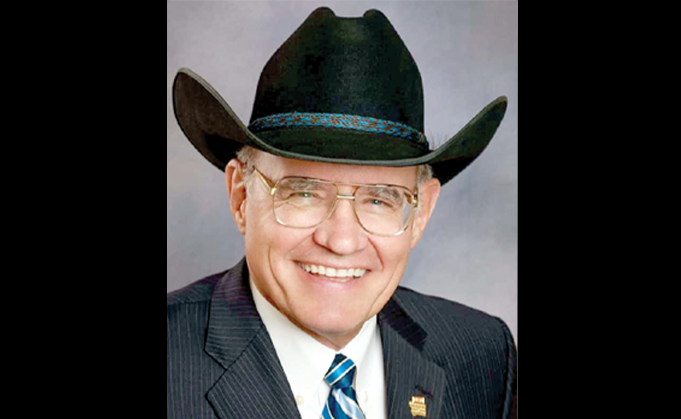 Due in part to the impact of COVID-19 on the meat processing business, there is a shifting going on in the industry. Business people and investors are looking with new interest at Montana’s beef industry. Where it’s leading is uncertain but that there will be changes is certain.

Because the COVID crisis squeezed a narrow distribution system that left meat counters empty, it lifted the veil on an already troubled industry that had been undermined by regulations and protectionism for decades. It has prompted a transformation which will hopefully benefit Montana.

Local processing plants are changing ownership, others are expanding, and investors are proposing new plants. What the future prospects are for the industry might best be understood by looking at the past and understanding the problems, and asking “why?” suggests Taylor Brown, who experienced a very “expensive” lesson regarding the industry some years ago.

Taylor Brown, a very prominent figure in Montana agriculture and owner of Northern Ag Network, was one of nine investors in Meats of Montana, which opened in the fall of 1990. It was a venture aimed at rejuvenating the meat packing business in Montana, after the closing of Pierce Packing and Midland Packing in Billings, and after a period of closures of smaller operations throughout the state.

The company invested substantial sums to refurbish the Midland Packing plant, “the last big packing plant in Montana.” The plant “was a good facility” — still very useable once it was updated and re-equipped.

Meats of Montana entered the business as a medium-size operation, not as large as Midland or Pierce which might have drawn attention from the larger players like Iowa Beef Processors (now Tyson Foods), but it was larger than the small-town processors who serve local consumers and livestock growers. They planned to process about 250 head a day purchased locally in the region.

Whether that is the size of plant that can be successful in serving the market now is yet to be seen, but there are investors actively exploring the possibilities of starting such operations in Montana.  There is a difference in what is required of the different size facilities and the challenges that each must face.

In comparison to the rest of the country, Brown emphasized that “the amount of beef we process in Montana is tiny, tiny.”

The segment of the industry that has felt a huge demand in Montana is the local small processing plants that are scattered about the state.  The demand for their services has been exceeding capacity for quite some time, but it was exacerbated during the meat shortages brought on by the impacts of the virus. When consumers turned to local retail meat stores and the slaughter plants in their hometowns they were surprised to confront long wait periods. Some were booked out for a year or more.

While the local plants, usually family-owned businesses, were striving to expand they reported that one of their biggest stumbling blocks was finding the labor they need. It’s quite likely that most of them received quite a boost in their expansion efforts, a few weeks ago, when they received grants from Coronavirus Relief Funds. A total of some $7.5 million was awarded through the Montana Department of Agriculture, to dozens of plants throughout the state. Awards typically ranged from about $50,000 to $150,000 for each business. More recently it was announced that more funds are available for applicants.

Brown believes that growth will be seen in the state in the operations of the small plants, as they respond to a changing market in which consumers are more focused on locally produced products, custom products, and seem willing to pay for quality. It will likely be these producers coming with new ideas and taking advantage of new technology who will grow and reshape the future of the industry for Montana.

Larger operations will face greater hurdles and risks. Brown worries about them. He points out that “very smart”, knowledgeable people have tried to launch a number of meat processing ventures in various locations in the state and they failed. “Why haven’t they been successful?” ponders Brown, believing that the future success of such enterprises could very well lie in answering that question.

Brown said that the investors in Meats of Montana were experienced, and thought they had done their homework and thought that they were adequately capitalized, but neither assumption proved true. The industry is far more complicated than it appears on the surface and to do a large volume of production takes a lot of money – [italics] a lot of money, emphasized Brown. And, an operation needs very good money management, because the process of buying and selling in large quantities every day, means that money moves “at the speed of light,” explained Brown.

It didn’t take long for Meats of Montana’s weaknesses to become evident – the venture only lasted for about two months. But, that is not to say that they didn’t have a lot of good things going for them. “We had an available work force of trained and experienced people, and we put out a quality product. We had good production management – smart guys who knew how to do it.. And, we had more cooperation than I expected from USDA.” USDA (US Department of Agriculture) oversees the federal inspection of meat processing plants that ship product across state lines.

They slaughtered about 5200 head of cull cows and bulls, processing about 43 car loads of lean beef – about $2.5 million worth in large box containers that were shipped “all over the west coast, and into the upper midwest.”

There were advisers who said that they should have planned to operate on a bigger scale, “and maybe we should have,” said Brown, “but that would have taken a whole lot more capital.” And, a larger scale packing plant in Montana would encounter the problem of not having enough local supply of finished cattle. While Montana raises a lot of cattle, there aren’t a lot of finished cattle because the feed – corn — is not available here. The big feed lots and big packing plants are located in the mid-west and the high plains because that’s where the corn grows.

“At larger scales, it is a really complicated business,” said Brown. “Just finding the amount of skilled labor you need. And, timing the supply so you have it when you need it. If you are going to sell rib-eyes and t-bones, where are you going to get a dependable supply of finished cattle? At a competitive price? And, do you have a reliable market?”

“Timing is important. You have a perishable product, which is especially critical at times when the market is working against you,” he continued.

Brown feels that people sometimes overestimate the added price that consumers will consistently pay,  in order to have a product that is “Made in Montana”.   He says Montana Beef is a great niche, but it’s hard to find the scale that is profitable enough to be economically sustainable.

One of the biggest issues that must be dealt with is what to do with the “offal” or byproducts, including organ meats and the hide. The sale of these materials often represents the company’s profit, which reflects how tight the profit margin is in the business. Finding a market for these products can be challenging, especially if located in a low population state like Montana.

For example, Brown said that they discovered there was a big demand for tripe (stomach meat) in Korea, and buyers liked the Meats of Montana product.  However, “It’s surprising how much tripe you have to store up, to accumulate enough to fill a shipment.”

A lot of things have changed since 1990 and there will be even bigger changes in the future, so Brown says the experiences of their group might not be quite as applicable today; though similar concerns likely still confront those who wish to ratchet up the industry in Montana.

“With the right scale, and enough capital and industry expertise, someone could successfully expand and revolutionize Montana’s meat processing industry”, says Brown, “but like many things, it is a lot harder than it looks.”