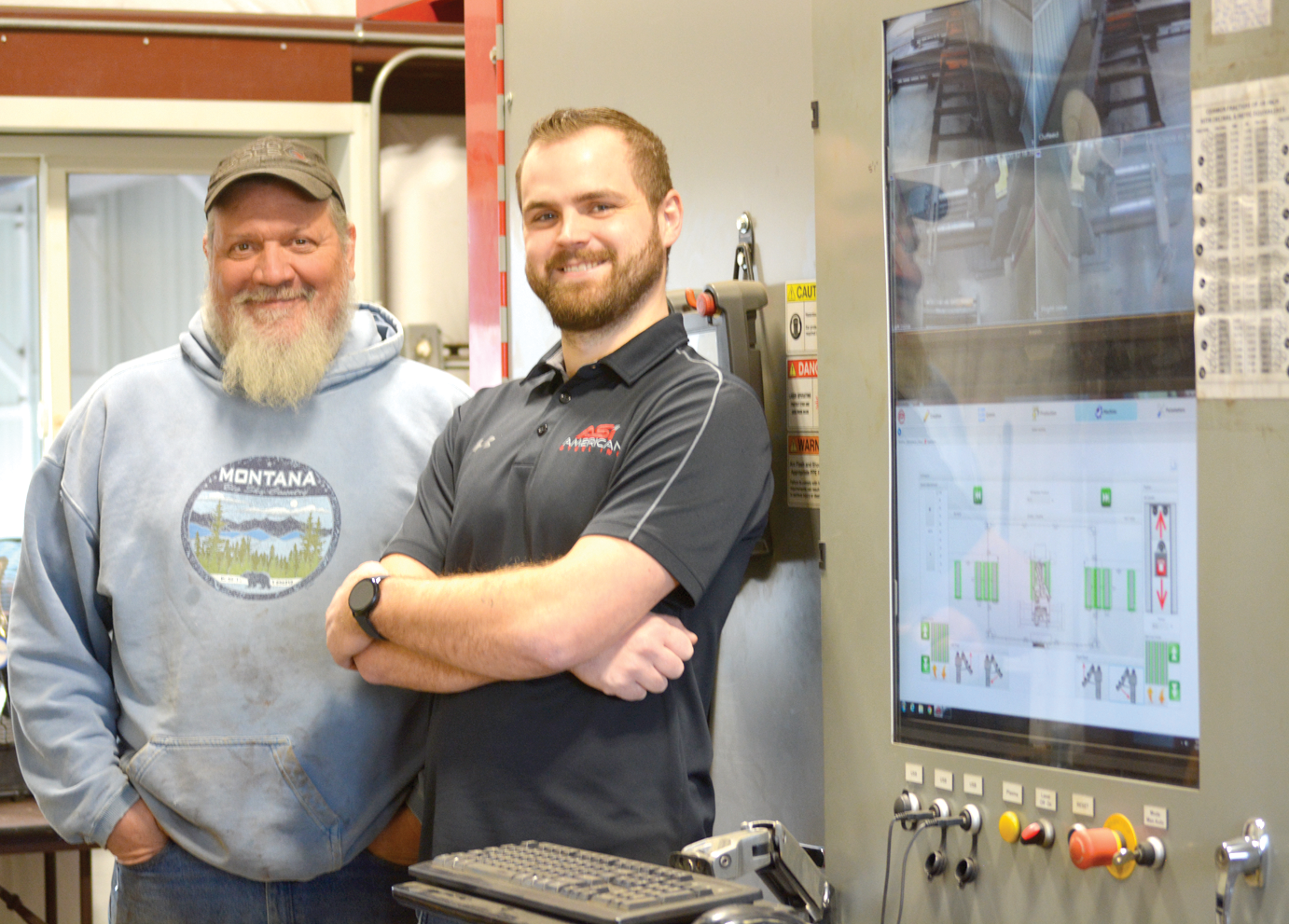 The future belongs to companies that are keeping pace with available technology. American Steel, Inc. in Billings is well aware of that and they are taking very measured steps to keep at the forefront of their industry, steel fabrication.

American Steel recently announced the appointment of a manager who will lead the company into that future.  Curtis Childree has been named as the new Vice President, bringing with him years of hands-on experience learned from the ground up, which gives him a depth and breadth of knowledge that will serve the company and industry well.

American Steel, located at 1655 Coulson Road in Lockwood, has already installed some major pieces of new technology over the past three years, investing some $1.5 million in robots and management programs that are transforming the way they do business and expanding the level of service they can provide their customers, which most typically are the owners, contractors and erectors of buildings.

Acquiring the technology is but a small part of the process, points out David Lewis, who has been charged by company owner, Bill Kronmiller, with the challenge of overseeing the transition. “To transition from where it was to where it is going to go,” said Lewis, “requires knowing how the leadership is going to react to the changes. There needs to be changes in the way the business thinks about how things are done and the way it behaves.”

The new technology is making production more efficient, which increases the level of service, often at less cost. “Vendors are excited for the change,” said Lewis, who explained that American Steel is not a large company and described it as a “boutique” fabricator, where “we weld things together.”  Most of their customers are within the Montana region.

Lewis sees himself as a short-timer. Having once accomplished his mission, he will retire in a couple of years. Childree and the newly trained and transitioned staff will be the future for American Steel.

Kronmiller acquired full ownership of American Steel in May 2016. He founded the company with partner Paul Neutgens in 1998 in west Billings. They built a new plant in Lockwood in 2009.

Since the adoption of the new processes and equipment, American Steel exceeds almost every standard set by the AISC (American Institute of Steel Construction).

Their first project, which served as their “jumping off point” for their new skills and processes was the construction of Shiloh Commons at Central Avenue and Shiloh. By the end of that project, said Childree, “We had a baseline from which to work and we have continued to change things… change has been constant.” The American Steel team members “are now more than willing to try something.” They are understanding that changes will be “fruit-bearing down the line,” said Childree, a Montana native who over 15 years ago started in his first job as a janitor at a fabricating company in Lewistown, becoming a welder after leaving the National Guard, and advancing from one role to another at American Steel, as a Beam-line operator, detailer, project manager and learning computer programming.

At the forefront of the new technology that has been adopted by the company is a program that allows them to build a model that involves designing and planning, down to the most minute detail… not only where each nut and bolt goes but when it will go there. The process allows them to identify overlapping conflicts and to solve problems before they materialize. The model is available to everyone involved with the project, from shop managers, each of whom has a computer, to the project owner and contractors. “All that information helps our customers in other planning,” explained Childree.

It is not uncommon for a project model to involve 36,000 pieces, said Childree. “Every item is defined to within 16th of an inch.”  The program also provides for detailed scheduling, which allows American Steel to predict to the exact day when a load will be delivered to the worksite and to provide with confidence a completion date.

Other amazing pieces of technology are two robots – one they call “Ratchet” that welds pieces astoundingly precise and rapidly, and the other called “Rosie” that cuts through steel as though it was butter, using “controlled lightening.” Operating the robots requires considerable training and skills, which their managers have not only achieved, said Lewis, but many he considers world-class operators.

“The introduction of these technologies by itself is just expensive if you don’t have individuals able to use it. It comes down to people,” said Lewis, who came to Billings in the 1980s by way of Eugene, Oregon. He has built businesses paralleling the advancement of computerization, and has developed a very practical philosophy about technology. He noted how quickly “revolutionary changes” in technology, becomes “second nature,” to the people using it.

There is a lot of fascination as well as angst about AI (artificial intelligence), with many worried that “you can take humans out of the situation,” said Lewis. There is a fear that employment will be less. Lewis points out though, that as amazing as technology has been “there has always been human thinking involved.” That will continue to be the case, he believes, and rather than less opportunity there will be more, as has been the case for American Steel’s 44 employees. Their jobs have become more interesting and challenging with more pay as productivity and skill levels increase. “Robots don’t replace people, they enhance them,” he said, “…a robot doesn’t have skills,” it is the skilled craftsman that is innovative.

Montanans are more willing than most to embrace change and to adapt, said Lewis. “You show Montanans why you want to adapt to technology and they get it. They love it. They want to be competitive and they realize if they don’t someone else, somewhere else, will be.”

Both Lewis and Childree frequently referred to the new technologies as “toys” and that time working with new technology is “playtime,” and that is how most of their employees are responding to it. When human beings are at play, “that is where the human mind develops the fastest,” said Lewis.