What’s in Store for Billings & Yellowstone? 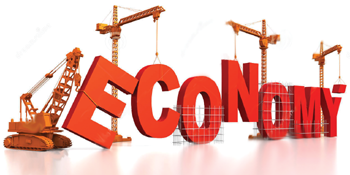 For Yellowstone County economic trends are expected to improve in 2021. How could they not?

Each major county in the state was given close scrutiny during the Bureau of Business and Economic Research (BBER) Montana Economic Outlook Seminar. Yellowstone County, the largest in terms of both population and size of its economy, is projected to regain its footing following the very negative economic impacts of the COVID virus in 2020, according to BBER Director Dr. Patrick Barkey.

Last year was an historic year, said Barkey but he predicts that 2021 “will turn into something equally historic as we return to some kind of normality.”

He cautioned, however, there is always the possibility of something going haywire due to unanticipated events – as a case in point just look at 2020.

The numbers will not accurately reflect the growth in 2021 because of large transfer payments to businesses and individuals in the county in 2020 in COVID relief grants from the federal government, which will not be repeated. But moving on into years 2022 through 2024 Yellowstone County is expected to resume its more traditional trend of about two percent growth in earnings.

Of the $3.2 billion that was awarded to Montana from the federal government in 2020, Yellowstone County received 13.8 percent or about $182 million plus $342 million in EIDL/PPP funds. The impact of those dollars helped keep wage losses at about one percent in the county while the job losses hit an historic 3 percent decline.

Average businesses did “ok” in Yellowstone County, but credit card information indicates that sales to restaurants and hotels declined by over a third – 34 percent. Some businesses did quite well during the crisis, although they have tended to be rather quiet about it, said Barkey.

Businesses in general in every industry sector in Yellowstone County saw wage declines in the first half of the year, except for government since no government jobs, at any level, were suspended due to shutdowns. Government revenues actually grew by about $2 million.

The declines experienced by health care were a surprise, said Barkey, but they were not as bad in Yellowstone County as in other areas of the state.

While the state bounced back from the dramatic job declines quicker than did most states, there remains about 16,000 fewer jobs now than a year ago, prior to the COVID shutdown.

Yellowstone County’s growth in 2021 will be exceeded by Gallatin County, which has led the growth rate among counties for a decade.  Yellowstone County aligns with Flathead County and Lewis & Clark,  as part of the second tier of growth, although Yellowstone will be facing some headwinds because of events unfolding in the oil and gas industry.

Manufacturing, which includes refineries, comprises 19 percent, the largest segment for Yellowstone County’s basic industry revenues. Basic industries are those which generate most of their income from outside the county which means they are contributing new wealth to the county. “They are what drive the bus,” explained Barkey. (Secondary businesses such as some retail or service companies depend on the vitality of basic industries.)

The mining industry comprises the second most important for Yellowstone County at 11 percent, even though there are no mines in the county, Billings-based businesses support mines in other areas. Retail and wholesale trade at 12 percent ranks next, followed by the health care industry ranks which contributes 10 percent to the basic industry economy.

Yellowstone County still has a strong rate of growth having the largest economy in the state, 40 percent larger than Gallatin County.  The county also has the largest population at 161,000.

Steve Arveschoug, Director of Big Sky Economic Development, reported during the seminar that Yellowstone County has an $11 billion economy which in 2019 grew $2.6 billion in increased wealth.

Among the lessons learned about the economy over the past year, pointed out Arveschoug, is the importance of entrepreneurship.  “We need to lean into entrepreneurship,” he said as the state and county attempts to rebuild. Part of that support means continuing to buy local. “Friends don’t let friends shop on Amazon,” he said.

Also – “We learned the value of our health care hub status. It went through experience we never imagined it would go through. We learned that leaning into health care is one of key elements of our economic future,” he continued.

During the height of COVID hospitalizations about 50 percent of the patients in local hospitals were from outside Yellowstone County, reflecting the fact that the local health care industry serves a multi-state area and most of eastern Montana.

In 2020, 75 percent of the job postings in the county were for health care related positions.

In Yellowstone County, 23,000 of the jobs exist because of the health care industry, paying out about $1.46 billion in compensation or 30 percent of all compensation. Health care represents $3.2 billion as a part of the county’s GDP (gross domestic product).

Projecting the industry as one which will continue to grow and serve an ever growing role as part of the county’s economy, Arveschoug pointed out that there are hurdles that must be overcome, not least of which is that the average age of physicians in Montana is the highest in the nation.

Yellowstone County’s unemployment rate stands at about  4 percent which is about where it was prior to COVIC shutdowns. The number of unemployment claims stands at 3400.

Missoula County saw a one percent decline in jobs and an actual increase in wage growth of about a half percent.   2022 growth for Missoula is projected at just under 2 percent. Average earnings is $47,844. Government, state, college and federal made up 34 percent of the county’s basic industry. Health care suffered more than accommodations and food in wage losses in Missoula County. Total job losses were just over one percent, “fairly mild by state standards.” Wages increased by over a half percent.

Cascade County ranks fifth in population, which hasn’t changed since 2010. Cascade has a relatively young population with a median age of 38.  Average earnings are $50,737. Cascade depends on Malmstrom Air Force Base for 43 percent of its basic industries. Health care and manufacturing industries are growing rapidly in Cascade. Overall economic growth from 2022 to 2024 will fluctuate between 1.5 to 2 percent in earnings.

Gallatin County is expected to have 2022 growth of over 4.5 percent in earnings, a with population of 114,434 the county is highly educated with over half the population over age 25 holding a bachelor’s degree or higher. Earnings per job is an average $49,345. MSU and other government contribute 30 percent of Gallatin County’s basic industry, manufacturing 15 percent, non-resident is 16 percent. The decline in job numbers was 3.5 percent in Gallatin County, with loses in Accommodates & Food largely overwhelmed by losses in other sectors. Little was lost in wages. Because of the huge rate of transfer payments and little down time in government jobs the county actually showed growth in wage growth.

Silverbow County with a population of 34,915, with an average level of higher education.  Average earnings per job is $54,728. Mining comprises 29 percent of Silverbow’s basic industry economy, state government supports 18 percent and manufacturing 11 percent. Declines in jobs was much the same as the rest of the state, with Accommodations and Food suffering the most, although the government sector actually declined in Silverbow, while mining increased in earnings. Overall the county suffered about a 5.5 percent job loss. While make-up growth in 2021 will be strong, from 2022 on growth will hover at just under two percent.

Flathead County has over a 103,000 population which has been growing 10 percent since 2010. Average earnings are $44,333. Nonresident travel as basic industry segment generates 21 percent of the county’s economic base, with manufacturing at 16 percent and wood products at 12 percent and health care at 17 percent, playing significant roles. Employment in Flathead lost over 4 percent in jobs in 2020 but are projected to make up those losses significantly in 2021, followed by a job growth of about one percent in years thereafter, with wages increasing above two percent. Because of transfer payments due to COVID grants the county’s personal income growth in 2020 increased almost 8 percent.