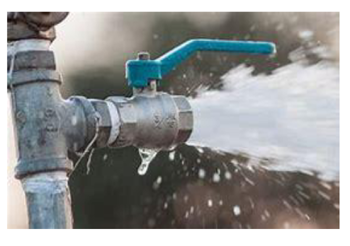 The Task Force has frequently been a forum at which businesspeople, developers and real estate agents have voiced concerns about how the Heights Water District Board makes decisions and imposes fees and policies which often stand as barriers to business development in the Heights, said Jennifer Owen, chairwoman of the Billings Heights Task Force.

Owen said that as a lifelong resident of the Heights she has always known that Heights residents wanted all the amenities, services and shopping that other communities seem to attract, and she always wondered why it never happened in the Heights. As she became involved with the Task Force and started asking “why not”, the Heights Water District board “kept coming up” as the reason.

The complaints were that the board was inconsistent; processing was burdensome with multiple reviews required, time lines are inconsistent, and fees are exorbitant.

As the issues were being pursued,  it was unveiled that three positions on the Water District board were up for election – something that may never have happened before in the 63 year history of the district. No one can recall there ever having been an election of the board even though state law requires it.

Eight Heights residents, including the three board incumbents, have filed for that election which will be held on May 4. The Heights Task Force plans to sponsor a candidates’ forum sometime in March, said Owen. Ballots will be mailed out on April 16.

Owen and two other concerned citizens, real estate broker and Heights resident, Dave Goodridge and performance engineer, Scott Aspenlieder, met with media reporters on Tuesday to explain their plans for the election and their concerns. They are unified in believing that things have to change as the Heights enters a new era and new opportunities are emerging with what amounts to over $100 million in infrastructure development with the building of the Billings Bypass and the Inner Belt Loop.

As a real estate broker, Goodridge said that he has spent time trying to understand why many of those businesses went away and why so few new businesses happen. The situation was all the more perplexing because the lower cost of land should make the Heights a more competitive location for businesses.

“I always had the idea that maybe it was happening because the developed community is penned in by residential,” he said. But since then he came to learn about the problems developers and would-be businesses have in trying to expand or locate in the Heights when they begin dealing with the Heights Water District.

The District imposes what Goodridge calls a “cover charge” to even begin the process of dealing with the water district. “If you have a five acre or ten acre piece of ground you want to develop, the Water District charges 23.3 cents per square foot just to be able to submit an application.”

What Goodridge calls a “cover charge” ends up consuming the margin created by lower land costs and eliminates one of the Heights biggest advantages in attracting development.

The District calls it an “Annexation Buy In Fee for a Proposed Service Area,” which is not a fee any other district or water service charges. It adds $10,147 per acre which can quickly amount to a $50,000 cost right up front.

All other more typical fees are also charged, such as system development fees, fees on lines and other charges for plan reviews and installation charges. But the fees are not consistent from one developer to another and time frames are often long and drawn-out increasing costs even more for developers, say the complainants.

If the District wants to put in a larger pipeline than what is needed by a development, in anticipation of potential future demand, they assess the developer the full cost of the larger line. Other districts do not do that. The developer is only charged for the size they need, according to Goodridge and Aspenlieder.

Aspenlieder expressed indignation that the district charges the developer for fire hydrants which no other community does because they are considered a community safety benefit. If the water line is of any length the added cost to the development could easily amount to $200,000.

In an incident involving the development of a subdivision that needed a pump station that would cost well over $100,000, the board insisted that only one brand of pump was acceptable. “I can understand that to some degree,” he said, “you don’t want do have to deal with all kinds of pumps on your system. The problem was this was the most expensive pump in the country.” The difference in such extraneous costs add as much as $5000 to the cost of a residential lot.

All these things add to the costs of any development, say Aspenlieder and Goodridge — easily enough to discourage businesses who can go to the other end of town or to another community, and not have to pay such costs.

Asked “What does the money go for?”

“We don’t know,” was the answer. The board refuses to make their records available to the public or even to new board members, according to county appointed board member, Pam Ellis.

Aspenlieder said that in defense of the Heights Water District it is their charge to deliver water to the public at reasonable rates, and they do that. When comparing monthly rates in the district to those in Billings or in other communities, they are very competitive.

“What they have failed to realize is that how they do that has a drastic impact on the community’s economic development,” he said, “Their failure to hear that message has brought us to the where we are today.”

Aspenlieder went on to point out that there has been little opportunity for the board to hear the message since they hold no hearings in rate making or elections. And, one of the biggest concerns voiced by others is that they do not allow the public to attend meetings, which is a violation of the state’s public information laws.

Owen said that the lack of accountability is one of the things she wants to see changed. “As a rate payer, I shouldn’t have to fight for agendas and minutes and records.”

Goodridge said that in instances in which the board is not following state laws, while there are grounds for lawsuits, it’s not something anyone wants to do.

“It is unnecessary,” said Owen, who hopes that the election will result in changes that will open up the District’s operation.

The complaints echoed those of others who testified before the Montana State Legislature last week regarding a bill – HB 255 — that its sponsor, Rep. Larry Brewster, (R), HD44, a Billings Heights resident, said he was introducing in large part because of the problems with the Heights Water District. The bill unanimously passed out of the House Local Government Committee on Feb. 18 and is making its way through the House.

It was opposed by Steve Wade on behalf of the membership of Montana Rural Waster Systems. He said the bill is taking “a sledge hammer to all the districts,” for a “one system issue.”

Ellis testified that the water district board locked the door to keep members of the pubic from attending one meeting. She expressed her concerns too that businesses were being dissuaded from doing business in the Heights. Some go to the extreme of laying pipe under roads in order to get water from the City of Billings and avoid the Heights Water District.

Also speaking in support of the bill was City of Billings Administrator Chris Kukulski, who said that he was barred from attending a meeting  and further said about the district, “…this is the first time I have run into something this dysfunctional.”

Ming Cabrera, Chairman of the Billings Heights Business Association, also spoke to the state legislature saying he was concerned about the negative impact the District’s actions and policies on the Heights’ economy.  It won’t do any good to improve Heights infrastructure, without change in how the Water District functions, he said.

The Heights Water District, as with similar districts throughout the state, is a stand-alone organization that operates under its own authority with no oversight from any other government, although the city and the county appoint one member to the board. The district was formed under state statute which governs how such districts should function, and since it collects and spends public monies it is subject to open meeting and public information laws under state statute.