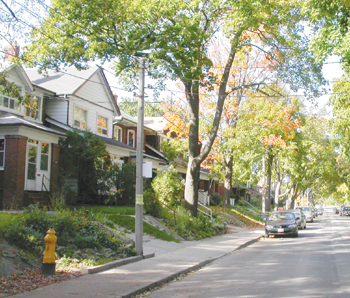 Billings is at the top of the Wall Street Journal’s list of Emerging Housing Markets. Bolstered by affordability, low unemployment, low commute time, ability to work at home, affordable taxes, and a “booming housing market,” according to the Wall Street Journal article, people are discovering Billings and it has become the top destination for people seeking to relocate.

Among reasons people are seeking smaller communities in which to live is safety and security concerns, amid the restraints and lockdowns of the COVID-19 pandemic in larger metropolitan areas.

About 65% of page views of Billings property listings came from outside the area in the second quarter, up from about 57% from a year earlier, according to Realtor.com, which is operated by News Corp, parent company of the Wall Street Journal.

People are coming to Billings from coastal states like California and Washington, as well as from Kentucky and Texas, according to Billings’ Deb Parker, broker owner of Parker & Co. Real Estate Service, who is quoted in the WSJ article. “I believe Montana’s truly been discovered,” Ms. Parker said. “I’ve never seen so much cash in our market.”

The article went on to say, about Billings, “The average single-family home-sale price in Billings and the surrounding area was $376,248 in June, up 32% from a year earlier, according to the Billings Association of Realtors.”

“As in many markets around the country, the number of homes for sale is very low. There were 392 single-family listings in the Billings area in June, down from 433 a year earlier, the association said.”

Everywhere, everywhere, everyone is claiming that Montana is being flooded with out- of- staters escaping to Montana from crowded and convoluted metropolitan areas and pushing up Montana housing prices – but then, maybe not.

While it’s too soon to get the kind of data that would tell the most accurate story, there’s one source that says that is not what’s happening. The data comes from address change requests from the US Postal Service and the United States Commercial Real Estate Services (CBRE), a national real estate research firm that publishes data on people moving from one location to another for each Metropolitan Statistical Area (of which there are only three in Montana, Missoula, Billings and Great Falls.)

After evaluating the data, Dr. Pat Barkey, Director of the Bureau of Business and Economic Research at the University of Montana says, “….there appears to be no major shift in address changes between the pre-COVID year 2019 and the pandemic year of 2020 – this may be a slightly positive trend favoring in-migration. Glancing at the figures, there appear to be minor increases of those moving to Missoula and small decreases of those moving out.”

In an article in Montana Business Quarterly, Barky explained the data is incomplete, so there is a possibility that the conclusions are not accurate but the 2020 data is comparable to that of 2019.

Some of the data gaps result from the fact that there are only three Metropolitan Statistical Areas in Montana, also some data from small sources is redacted so as to preserve confidentiality, also there is no way to know how many people are involved in an address change.

Barkey discovered that “the number of address changes in-state dwarfs those for out-of-state locations. For example, the 11,455 address changes to Missoula from elsewhere in Montana was roughly 45 times larger than the next largest number of 486 for Washington.” The data also confirms that migration paths are a two-way street. States that are major sources of in-migrants are also major destinations for out-migrants.

Barkey explained, “Large numbers of people moving in and moving out do not mean significant changes in population. Again looking at Missoula and Washington, hundreds of people moved in and moved out, but the net changes were relatively small…”

“These city tabulations directly address the issue of whether there has been a flight from cities associated with COVID-19. The short answer is probably not, or at least not very much. There was no shift in mobility patterns and source-destination cities remained in the same rank in both 2019 and 2020. The data … may show a slight tendency toward increased net in-migration, but we really don’t know because of the large number of redactions.”

Barkey’s report follows  that of a study done by Realtors in Missoula a couple months ago, which came to similar conclusions.

In an examination of where customers of Missoula mortgage lenders are coming from indicated that much of the home buying is going on because of Montanans moving to different communities. Only about 13 – 19% of the borrowers were coming from out- of- state.

Interestingly in monitoring “home searches” by people who were looking for a new home, two percent of those exploring Missoula’s market came from Bozeman. Most were from Seattle, followed by Salt Lake City, New York, Los Angeles and Dallas.

A reversal in the escalating market of home sales nationally poses a question of what that might mean locally.

This past week the news was filled with headlines that announced that sales of new U.S. single-family homes tumbled to a 14-month low in June and sales in the prior month were weaker than initially estimated.

June marked the third straight month of decline with a drop of 6.6 percent — to the lowest level in more than a year, while the median new house price fell by 5 percent month-over-month.  The drop was concentrated in the South, the Northeast and West.

A common reason cited was the cost of lumber and shortages of other building materials.

The Commerce Department reported the third straight monthly decline in sales, following the previous week’s report that permits for future homebuilding dropped to a nine-month low in June “while home resales rebounded modestly.” Higher production costs are forcing builders to scale back, keeping supply tight and boosting home prices to the detriment of first-time buyers, said the report.

David Berson, chief economist at Nationwide in Columbus, Ohio said, “Until builder costs and supply-chain problems become less of an impediment, it is hard to see new sales picking up significantly in the near term.”

Economists polled by Reuters had forecast new home sales, which account for a small share of U.S. home sales, increasing 3 percent — or 800,000 units in June.

Instead, sales plunged 19.4% on a year-on-year basis in June, the first annual decrease since the COVID-19 pandemic.

Massive fiscal policy – ie. the disbursement of billions of dollars to citizens — and historically low mortgage rates are driving demand for housing, which was further boosted by the pandemic as millions of Americans worked from home and took online classes, said one report.

But supply has lagged behind, with builders constrained by soaring lumber prices as well as shortages of other building materials, household appliances, land and labor.

Though lumber prices have dropped sharply from May’s record highs, that is being tempered by wildfires in the Western United States and British Columbia in Canada. The backlog of single-family homes approved for construction but yet to be started surged in June to the highest level since October 2006.

Another report stated that while the housing market was one of the economy’s star performers during the pandemic, that streak will likely came to an end in the second quarter.

The rate of inflation – GDP growth – is expected to show an annualized rate of 8.6 percent with the net quarterly report — an acceleration from the first quarter’s 6.4% pace. The anticipated growth pace would be the fastest since 1983 and a peak in the current cycle.