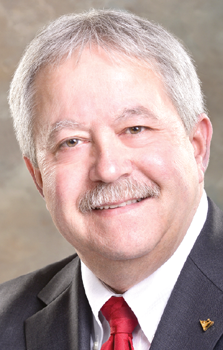 Last week as fuel prices continued to climb the White House released the following announcement: “President Biden has made clear that he wants Americans to have access to affordable and reliable energy, including at the pump. Although we are not a party to OPEC, the United States will always speak to international partners regarding issues of significance that affect our national economic and security affairs, in public and private. We are engaging with relevant OPEC+ members on the importance of competitive markets in setting prices. Competitive energy markets will ensure reliable and stable energy supplies, and OPEC+ must do more to support the recovery.”

As the Biden administration works toward driving the U. S. oil and gas industry out of existence it seems strange that President Biden would encourage foreign countries to make up the difference between the decline in American oil production and the needs affecting our national economic and security affairs.

Biden has a terrible track record when it comes to American energy security. By cancelling the Key Stone XL Pipeline, he removed 800,000 barrels of oil a day from American refineries propelling Russia into the second largest supplier of crude oil to American refineries. As exports of American natural gas to Europe were expanding, Biden removed the sanctions on the Nord Stream 2 Pipeline giving the Russians the green light to push us out of European gas markets. At a time when Americans were, for all practical purposes, energy sufficient the Biden administration shuts down leasing of Federal oil and gas minerals even though less than 3% of Federal lands is under lease for oil and gas. As additional progressive liberal policies wind their way through this administration and congress it would appear the domestic petroleum industry will be sacrificed for political reasons while encouraging investment in foreign oil and gas production.

While Biden continues to hammer domestic oil and gas production how can he not understand the costs related to a declining domestic supply? How can he ask foreign producers to supply American needs while at the same time throwing American workers under the bus in the name of climate change? When have we ever seen an American President encouraging foreign companies, many of which are owned by foreign governments to compete with American companies by setting prices? Biden is right about one thing, “competitive energy markets will ensure reliable and stable energy supplies,” but let the competitive markets be domestic markets not by ham stringing American producers and then inviting foreign competition to manipulate the energy markets.