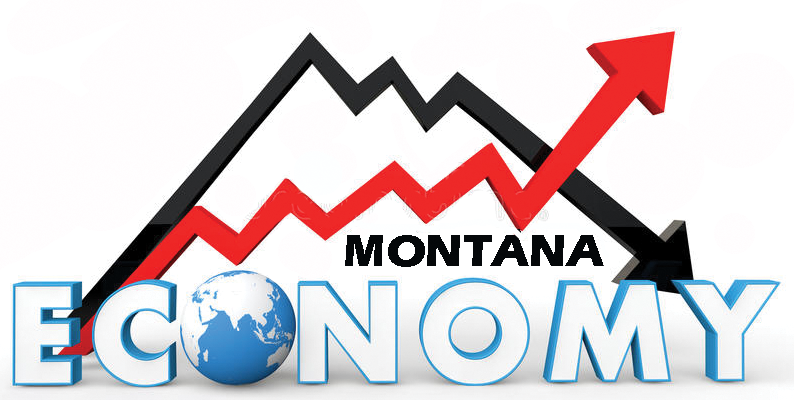 Economically, Montana had a “fantastic” year in 2021, and 2022 is being forecasted to be much the same but there are challenges.

At the forefront of his forecast, Montana’s premier economist, Dr. Patrick Barkey, Director of the Bureau of Business and Economic Research at the University of Montana, is projecting a decline in the seven percent inflation rate – “a stunning number” — to something closer to 3.5 or 4 percent, which is still “a lot of inflation.”  Skyrocketing energy prices are contributing the most to the inflation rate. Some commodities have actually declined in price.

Dr. Barkey was quite cautious about his projection, noting that over the recent past a lot of economic projections have been wrong. Dr. Barkey was among the presenters recently at the Big Horn Resort in Billings for the annual Montana Economic Outlook Seminar, which is hosted by the BBER.

Economically speaking, Montana had a great year in 2021, and Dr. Barkey expects 2022 to continue that trend. He pointed to some amazing things that happened in 2021 that were unimaginable going into the COVID-19 pandemic.  “Who would have thought that coming out of a recession, to go buy a house would be considered a good idea,” said Barkey, expressing his surprise.

Equally amazing are unemployment rates that are dipping to as low at 1.7 percent, as is the case in Yellowstone County. Statewide the rate is at a record low of 2.5 percent. Montana ranks fifth among states with the lowest unemployment.

But it wasn’t a fantastic year for everyone. For example, agriculture is not wanting to relive the year, said Barkey. Because of drought, Montana agriculture producers lacked the production to take advantage of even those commodity that were high.

Despite some reports that 2020 was a bad year, it wasn’t, said Barkey— not according to non-farm labor earnings. “But the wins were not evenly spread around the state.” The first two quarters of 2021 show an increase of 17 percent in non-farm labor income.

In tallying up the earnings workers made in 2020, hardly a blip occurs to indicate a recession, which is the result of the money that flooded the state from federal rescue programs. Montana has received over $3 billion through programs such as the American Rescue Plan – an amazing amount of largess, which while halting a recession has led to inflation.

Montana registered growth of 1.6 percent inflation-corrected nonfarm earnings in the recession year of 2020, which Barkey said is testimony to how strongly Montana’s economy rebounded in the second half of the year. While numbers are still coming in, BBER is estimating that 2021 will “surge” to 4.3 percent, reflecting a very strong economy.

Indicative of Montana’s economic growth are tax revenues in 2021 that grew “by a heady $430.5 million in fiscal year 2021, led by a 23 percent gain in individual income taxes.”

Yellowstone County grew about $150 million in total wages in the most recent fiscal year, about the same as Flathead, second to Gallatin County which posted a growth of $300 million. Gallatin County’s population also surpassed that of Missoula last year. Yellowstone County is the most populous at 164,731, a 9 percent increase since 2010. Over 32 percent of the county’s residents held at least a bachelors degree.

Housing starts in Yellowstone County in 2021, based upon preliminary figures that do not include the month of December, seems to have dropped off in comparison to 2020, declining from about 1000 single family units to about 750 in 2021. The peak in housing starts for the county was 2018.

Interestingly, the increase in housing prices in Billings is less than increases in some neighboring areas from 2016-2020. Housing prices increased 14.2 percent over the four-year period, while they increased 20.7 percent in Red Lodge, 28.4 percent in Big Timber, and 37.3 percent in Livingston. The average sales price of a single family home in Yellowstone County is about $320,000. Real estate sales have dropped by about a third because the number of listings on the market is so low.

“Yellowstone County has grown slower than the state average for a number of years, due to the slowdown in oil and gas production activity and the weakness in the four- state region, which it serves as the economic hub. …its retail trade and health care businesses helped propel faster growth in 2021, even as its mining support and manufacturers (primarily its three oil refineries) turned in subpar performances,” according to Barkey.

The shortage of labor was an emerging problem for the state’s economy prior to COVID, and it hides “another story,” said Barkey, that of changing demographics in the labor market, while younger age groups, such as 20 to 24 year olds are almost fully employed at 99.5 percent, for those 55 years old and older there has been a five percent decline, as they retire, taking advantage of the higher selling prices of their homes and other benefits.

Barkey noted that the high housing prices are “a mechanism of inequity” since they are keeping young people out of the market, while being a boon to older citizens who already own homes. High housing prices also “choke off” many other sectors of the economy. “People don’t have money for other essentials, including savings.” They also induce sprawl, increase commuting costs and push younger people to the “fringe” of the market. They also have an impact on the labor market and limit opportunities. “Younger people are locked out.”

The issue of rising housing prices was becoming an issue prior to the advent of COVID. Barkey said that housing prices on a national basis were growing about 6-8 percent prior to COVID, but last year the growth was 25 percent.

It is exposing the communities who have been underbuilding in relation to their growth.

In Montana, “a lot of money is being poured into real estate.” Single family housing is 170 percent (2019 figures) in some areas of Montana, relative to their capacity to pay for it or their income. Nationally it is at 55 percent. For the first time Montana has caught the attention of outside investors who have been responsible for an estimated 18 percent of the real estate sales in the state. Barkey predicted that trend will likely go down over the next year.