Written by Evelyn Pyburn
No comments
Categories: From the Editor 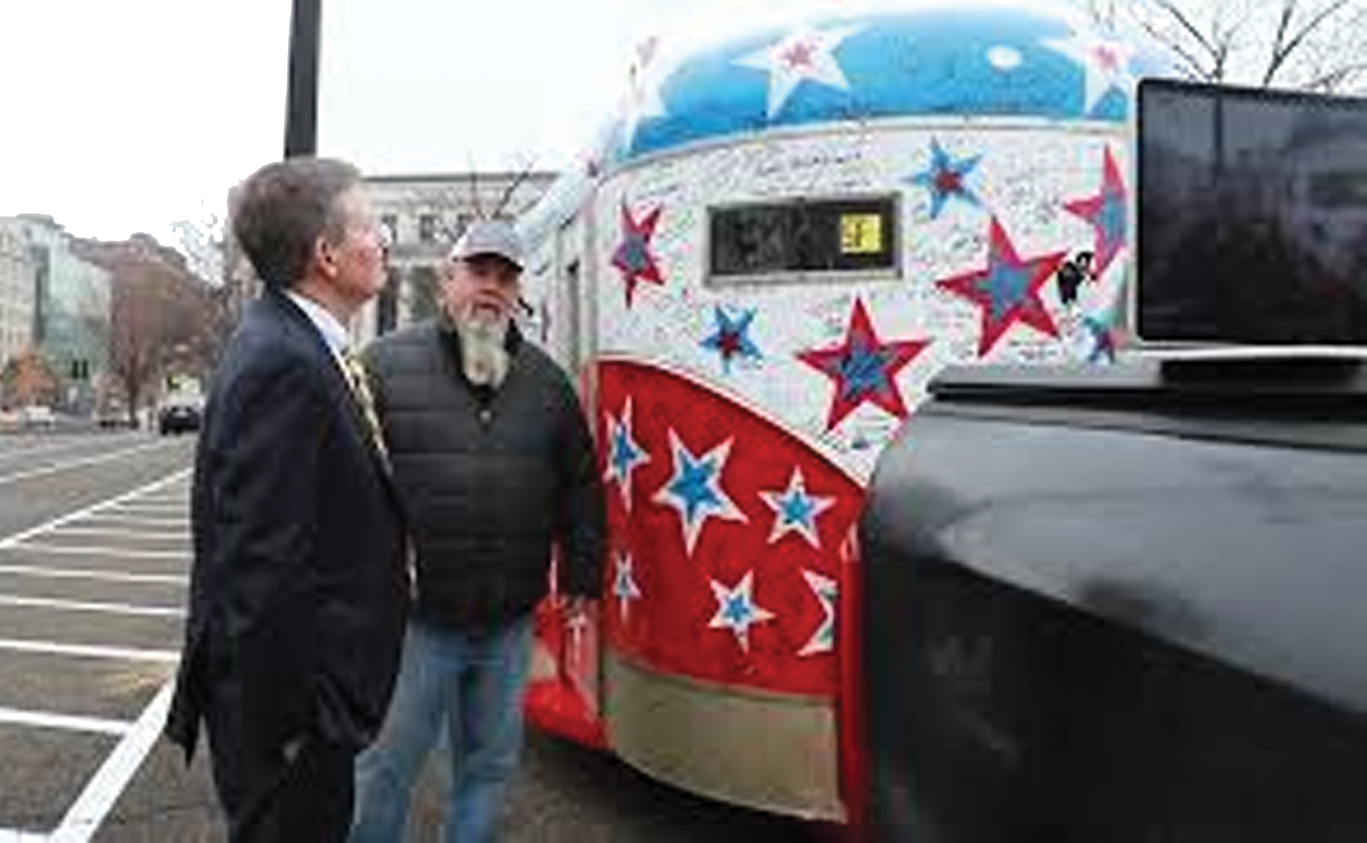 “It’s such a great expression of freedom,” said Sen. Steve Daines about the Freedom Convoy that remains in Washington DC in protest of government mandates. Sen. Daines made the remarks while visiting with a Montana trucker, Dennis Davies, who drove from Helena to Washington, D.C. as part of the convoy that organized to protest the mask and vaccine mandates, as well as other federal edicts that are impacting their industry.

It’s been about three weeks since the convoy arrived in Washington DC and while they have daily drove about the city, they have prompted little news coverage, very much in keeping with the promise of some media to maintain a news blackout about the protestors.

While the truckers have engaged some Congressmen, the news blackout seems to have mitigated much public pressure on the President and other politicians. The truckers have also made little public outreach for contributions and are running out of money, according to one of the organizers of the convoy, who predicted they can’t last longer than another week.

The convoy comprised of thousands of truckers from across the country remains ensconced, going on three weeks, on the DC Beltway.

One commentator declared the protest stalled, admitting that as far as news coverage goes “… this protest barely moved the needle.” He suggested it was poor timing because the Russian invasion of Ukraine captured headlines 24/7, but the fact is there were statements from media, long before the convoy even hit the road, that they intended not to report on it since ignoring the protestors was how President Biden said he intended to deal with them.

The convoy is headquartered at Hagerstown Speedway. They have mostly traveled on the Beltway and Interstate 395, seldom venturing into the city, although some drivers do occasionally drive through neighborhoods.

Police have in some cases closed exits from the interstate “to keep traffic moving smoothly.”

In support of the truckers, Sen. Daines said, “It’s time we stand for freedom and put an end to big government mandates that are unnecessarily straining our truck drivers, jobs and the economy.” Davies showed Sen. Daines the hundreds of signatures on his trailer he gathered from folks who have had enough of overreaching federal government.

Sen. Daines has not been the only Congressman who has paid a visit to the convoy, many others such as Senators Ted Cruz and Ron Johnson, mostly Republicans, have visited the truckers, sending pictures and interviews back home so their constituents know they are supportive. But only local media provides most of the news available about the convoy. Even in Washington DC the primary reporting has only to do with monitoring traffic to avoid congestion caused by the big trucks. Otherwise, they aren’t there.

One DC reporter described the truckers’ arrival as “separated intermittently by the usual congested traffic, waved flags and blew their horns as they drove.”

Other reports from the convoy claim that the DC demonstration is “the first leg” of their protest, a second phase will involve touring small communities across middle American to rally for freedom and demonstrate that its support is no “fringe group.”

Some reports seem to demonize and trivialize the people involved to make them appear as a fringe minority group, even though there were millions of people who cheered the convoy along almost every mile of their way across the country. And, there remains many more who come to visit them daily in Washington DC, according to a non-supportive college professor on a website called “Think.”

Terry Bouton, an associate professor of history at the University of Maryland, Baltimore County, declared the “People’s Convoy” a “frightening” success because in his view the truckers, their families and all their supporters are “far-right white supremacist” with anti-government ideas, organizations and personalities.

He sees the gathering as a threat, and describes it as… “a carnival-like atmosphere that drew thousands of people from the surrounding region. Entire families turned out to see the trucks and walk around the giant Speedway parking lot. There was free food and drinks, DJs, a band, quality fireworks, a ceremony with headlights and giant flags. Drivers let kids pull their horns, rev their engines and sign trucks with Sharpies. There was even funnel cake.

“The convoy’s entire journey has had a similar festive feel, drawing large crowds across the heartland. People flocked to overpasses to hold signs and wave as the convoys passed. Homeschooling mothers brought their kids as part of civics lessons. Convoy stops were often mobbed with visitors and were inundated with food and drink donations.

“Meanwhile, membership in dozens of public and private Convoy Facebook groups and Telegram channels has exploded. Convoy drivers upload reports, sometimes with videos shot as their trucks pass cheering crowds. Supporters post pictures and video taken from overpasses and roadsides along the route. Most people just write messages of support and thanks.”

As chilling as that description may sound to Mr. Bouton, law enforcement in the DC area have said that except for heavier traffic and occasional traffic jams, the demonstrators have been peaceful and have caused no problems.

Another report at “The Truth About Cars,” says, “…the Americans have remained mobile to avoid getting cornered by authorities. Stationed out of Hagerstown Speedway in Maryland, truckers have established a base of operations where they can service vehicles whenever they’re not on the Beltway protesting. Drone shots from above have indicated that there are usually a few hundred trucks parked at the racetrack each morning, though videos from inside show evening returns including hundreds more supportive passenger vehicles. While journeys into the city do take place, they typically involve a handful of trucks designed to make some noise before quickly retreating to avoid being penned in.”

“The Independent” reported that the convoy has dis-banned.

Anyone trying to keep informed about what is happening is encouraged to follow the live streaming of many of the truck drivers.

One AP reporter said that he asked a couple with Montana license plates why they had come to protest, they just answered “Freedom.”

And, indeed, while the issue of forced vaccinations was the impetus for the convoy, it’s an issue that has largely diminished as many restraints have been lifted. But, most of the demonstrators, when asked, will cite a long list of infringements on liberties that they want lifted.

A commentary in the Richmond Times-Dispatch called the demonstrators …”rebels without a cause, driving laps around the Capital Beltway is a metaphor for a nation spinning its wheels.”

According to Brian Brase, one of the convoy’s organizers “We’re going to keep looping the beltway until we’re heard.”