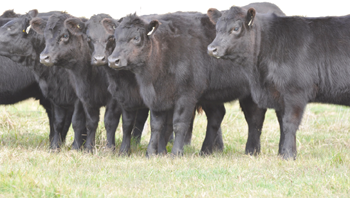 The bill also funds $3.74 billion for agricultural disasters in 2022.

The $1.7 trillion “omnibus” spending bill, however, does not include any immigration reform for agricultural workers under H-2A, despite an impassioned plea on the Senate floor Monday night by the lead champion in the Senate, Sen. Michael Bennet, D-Colo.

The spending bill would fund the federal government through the end of next September. Lawmakers passed the bill before the end of the session to avoid a government shutdown.

Among the agricultural provisions, the bill funds $3.74 billion for farmer disaster losses in 2022, including losses for crops, dairy products and on-farm stored commodities, as well as crops prevented from planting in 2022. Up to $494.5 million of the funds are set aside for livestock producer losses as well.

Also included in the language is the Senate-passed Growing Climate Solutions Act, setting guidelines for USDA to create a new program, form an advisory committee, set up technical advisers for farmers and create a list of carbon credit or environmental credit programs that meet USDA protocols.

The program would create guidelines allowing farmers and ranchers to prevent, reduce or mitigate greenhouse gas emissions including land or soil carbon sequestration.

The U.S. Senate had passed the Growing Climate Solutions Act in a 92-8 vote in summer 2021, but the House Agriculture Committee never moved to advance the bill for a full House vote.

Under the bill, USDA and EPA will assess agricultural emissions and the number of companies or private groups that are involved in the generation or sale of agricultural or forestry environmental credit markets. USDA and EPA will estimate the market demand over the last four years and the total number of credits generated. The study will also look at the global marketplace and examine barriers to entry as well as the need to measure and quantify long-term carbon sequestration in the soils and other activities that can “prevent, reduce or mitigate greenhouse gas emissions in the agricultural and forestry sectors.”

USDA will then determine whether to create a voluntary program to register companies and other groups to carry out a program for farmers, ranchers and private landowners who want to participate in voluntary environmental credit markets. The goal is to increase the ability of farmers, ranchers and private landowners to ensure they receive a fair distribution of revenues and also understand the basic structure and qualifications for different environmental credit programs.

The bill language defines “agriculture or forestry credit” as a credit that prevents, reduces or mitigates greenhouse gases, including through the sequestration of carbon, as a result of agricultural or forestry activity.

If USDA opts to move ahead with a program — which is highly likely — USDA will create a “Greenhouse Gas Technical Assistance and Third-Party Verifier Program,” to register carbon credit programs.

The rules under the bill include an array of agricultural strategies to reduce emissions and sequester carbon in the soil, including adjusting fuel choices or reducing fuel use in operations.

For livestock emission reductions, that could include lowering or preventing emissions by adjusting feed, feed additives, and the use of byproducts as feed sources, “as well as manure management practices, on-farm energy generation, energy feedstock production.” Other provisions include grassland management through prescribed grazing as well.

The program encourages lowering fertilizer emissions and reducing emissions from nutrient use.

It would also encourage reforestation, forest management, including improving harvest practices and thinning diseased trees, preventing the conversion of forests, grasslands, and wetlands. Other aspects that could qualify include restoring wetlands or grasslands.

USDA also now has $3.1 billion in outstanding grants for more than 140 different pilot projects around the country meant to find ways to reduce agricultural emissions under the Partnership for Climate-Smart Commodities.

USDA would then oversee the integrity of companies or carbon registries that are involved in USDA’s program. A carbon or emission-reduction registry can be removed for failing to maintain standards. The program will also have a way to submit information for fraudulent claims.

The bill language for a carbon program drew immediate praise from the National Council of Farmer Cooperatives.

“I applaud the inclusion of both the Growing Climate Solutions Act and the SUSTAINS Act in the omnibus appropriations bill under consideration by Congress,” said Chuck Conner, president and CEO of NCFC.

Conner thanked Thompson as well as Senate Agriculture Committee Chairwoman Debbie Stabenow, D-Mich., for getting these bills included in this end-of-year package.

“This action affirms Congress’s support for programs and projects to promote climate-smart agricultural practices that are voluntary, science-based, and incentive-focused,” Conner said.

Still, the funding bill will not take up any agricultural immigration reforms pushed by NCFC and nearly 250 farm groups that had backed the effort to change the H-2A guest worker program, and potentially legalize hundreds of thousands of farmer workers now in the country illegally.

Bennet, on the Senate floor recently, stressed his bill would save farmers $23 billion in labor costs over the next decade and ensure there are enough workers to meet the demands of the food system.

“We should accept rising food prices for families just because this Congress can’t reform an antiquated H-2A program,” Bennet said.

Rice producers would receive a one-time payment with funding of $250 million following higher fertilizer prices and lack of boost in commodity prices that affected rice growers more than other commodities. Sen. John Boozman, R-Ark., ranking member of the Senate Agriculture Committee, cited a study showing two-thirds of rice farmers would lose money with their 2022 crops.

The bill also includes up to $100 million for USDA to make payments to cotton merchandisers that faced financial losses because of supply chain problems during the pandemic.

Following complaints about the lack of staff at local Farm Service Agency offices, the bill provides $15 million to hire new employees, yet up to 50% of the funding can be tied to technology to deliver farm programs as well.

The Rural Electric Program would receive $4.3 billion guaranteed underwriting loans, of which up to $2 billion will be used for upgrading fossil-fuel electric power plans that utilize carbon subsurface utilization and storage systems.

Rural broadband programs would receive $455 million, including $348 million for the ReConnect program through USDA.

USDA also would have authority for up to $4 billion in emergency loans.

For food aid, the Supplemental Nutrition Assistance Program (SNAP) will receive $153 billion, a record funding level for the program. The bill bumps up benefit levels for recipients.

Boozman highlighted the bill also reauthorized the Pesticide Registration Improvement Act (PRIA) at EPA and increased the registration and maintenance feeds “to support a more predictable regulatory process,” and create additional improvements in the program.

The bill also extends the deadline for EPA to complete registration review decisions for all pesticide products registered as of Oct. 1, 2007. Boozman noted “EPA is facing a significant backlog of pesticide registrations due to a variety of factors over the past several years, which raises potential implications for continued access to numerous crop protection tools. The agency will be allowed to continue its registration review work through Oct. 1, 2026, as a result of this extension.”

Boozman noted the bill also will extend the Livestock Mandatory Reporting (LMR) for packers through Sept. 30, 2023.