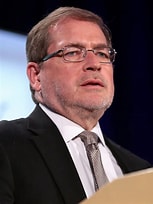 With passage of Biden’s $1.9 trillion spending plan, Democrats are not just trying to enact higher taxes at the federal level – they are also trying to stop states from cutting their own taxes.

At the last minute, Democrats added a provision giving federal bureaucrats veto power over any tax cut from now until 2024 if a portion of the $350 billion in state and local aid is used to “directly or indirectly” offset tax cuts. This provision was inserted by Senate Majority Leader Chuck Schumer, D-N.Y., at the request of Sen. Joe Manchin, D-W.Va., in order to prevent federal dollars from “subsidizing” tax cuts. This prohibition shows the mentality of the Left – they are OK with providing states with billions of dollars to expand the size of government, but not to reduce taxes for families and businesses.

This vague standard is ripe for abuse and could be broadly applied to block tax cuts across the country for years to come.

The ban violates federalism, infringes on the sovereignty states have over their own tax policy and is an attempt to prevent competition between states.

Tax competition between low-tax states and high-tax states allows voters to see a clear contrast between success and failure. Democrats know that taxpayers have already been voting with their feet.

Over the past decade, millions of people and jobs have moved from high-tax states into states with low or no income taxes, and the ability to work remotely will only amplify this trend.

States such as New York, California and Illinois – which have been spending recklessly for decades – will still be allowed to use the bill’s funds to directly grow the size of government or bail out government union pension funds.

New Hampshire, which does not tax wage income, is looking to adopt a true no income tax by phasing out its 5% tax on interest and dividends income. Several more states – including Arizona, North Dakota, West Virginia, North Carolina and Mississippi – are currently exploring ways to put their income taxes on the path to zero.

While the Treasury Department said that Georgia’s proposal to cut state income taxes could go ahead, this is the first of many proposals the federal government may demand a say in.

Senators in swing states that voted for the provision, such as Mark Kelly, D-Ariz., Maggie Hassan, D-N.H., and Raphael Warnock, D-Ga., should explain to their states’ citizens why they want former President Barack Obama and Schumer to have veto power over state tax cuts.

Unfortunately, Democrats are doubling down on the ban. Last week, Braun went to the Senate floor to ask for his bill to be passed but it was blocked by Manchin.

The fact is, Congressional Democrats have no business dictating to states whether they can or cannot cut taxes. Lawmakers should immediately repeal this prohibition in order to protect tax competition and ensure well run, low tax states can continue to provide tax relief to their residents.