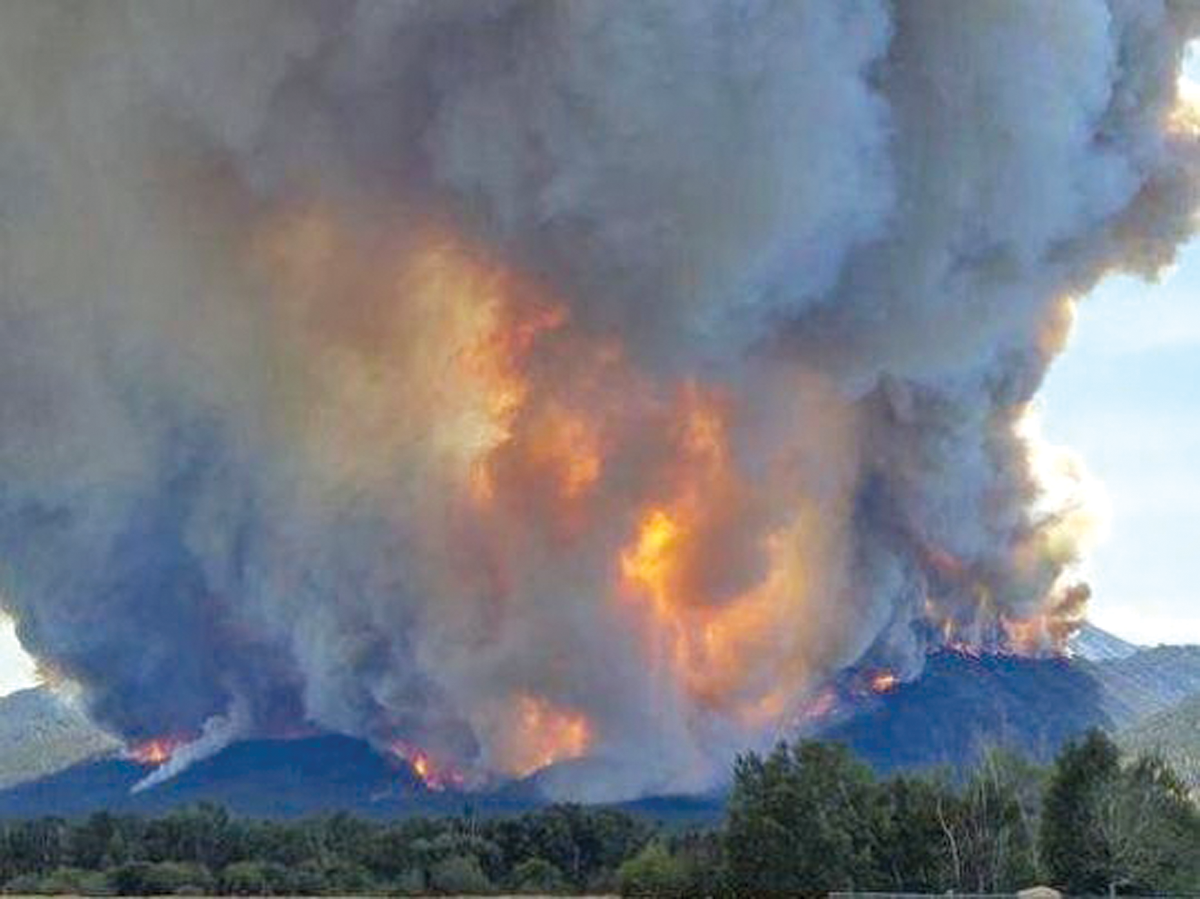 Every year billions of dollars go up in smoke as the West battles forest fires. Every year that’s between $10 billion and $20 billion federal dollars.

A recent issue of PERC Reports claims that such losses are unnecessary and the reason it’s so high is a mix of perverse incentives for property owners and local governments, complicated regulations, overlapping bureaucracies, ineffective strategies that continue to get funding, and poor policies.

“Wildfires are getting bigger and more devastating, and muddled incentives are making a bad situation worse. The root of the problem is the idea that the federal government will show up virtually anywhere, anytime, to ty to put out wildfires, regardless of the cost or effort required,” states the article “When the Government Makes Wildfires Worse,” written by Tate Watkins, a fellow at PERC (Property and Environment Research).

PERC is a Bozeman-based think tank founded in 1980, which focuses on property rights, markets and innovation to encourage environmental stewardship.

Watkins makes the point that “government wildfire policy often seems to promise the wrong kind of help, given how much of the spending aimed at putting out large fires is ineffective. Even if there’s been little appetite to reform the blank check approach to fighting wildfires, various private actors are taking matters into their own hands, from companies providing insurers with sophisticated risk models, to financial innovators decreasing the likelihood of catastrophic fires breaking out in forests, to individual residents deciding to make their homes more firewise.”

PERC advocates for regulatory reforms and for other innovative approaches that would expand and expedite forest restoration and reduce fire risks.

Bureaucratic obstacles need to be “flattened,” and communities need to be better positioned to invest in forest management themselves, the article recommends.

Wildfires have become such a problem, even political adversaries like Sens. Dianne Feinstein (D-Calif) and Steve Daines (R-Mont.) have reached across the aisle to get more done to proactively manage forests. They have co-sponsored a bill to speed up efforts to decrease fire risks such as prescribed burns and mechanical thinning.  Their aim is to streamline such requirements and cut red tape that the Endangered Species Act sometimes imposes.

Federal spending in fighting wildfires has doubled over the past decade and grown fivefold since the late 1990s. Unrestrained spending is a philosophy that signals to residents that its “perfectly fine to build and live in fire-prone areas.” It encourages high-risk choices increasing the potential for catastrophe.

For over 50 years there has emerged a philosophy, including that of the federal government, that all forest fires should be put out no matter what— not always a good policy. “….fire is often a positive force…” Fire is sometimes necessary for some species to rejuvenate.  Timber owners in the Southeast have understood this fact and have routinely carried out controlled burns as part of managing their timber.  But states the article, “Decades of suppression have left many western forests choked with dense stands of small-diameter trees, underbrush, and other growth,” contributing to high fire risks in the West and “partially accounts for why wildfires in the west are getting worse over time.”

Economic damage has been surging year after year – now totaling between $10 billion to $20 billion annually.  In 2020 fires in the West – especially California, Oregon, Colorado and Washington, killed 47 people and cost $3.6 billion in suppression efforts and caused $16 billion in damages.

Fires are no longer considered a seasonal issue, but a concern year round.

The biggest reason for an increase in fires is that people are building more homes in “harm’s way.” They encroach more and more into areas at greater risk. By 2010, “wild-land-urban interface” areas had more than 43 million homes in it. The expansion doesn’t just put more property at risk but the human activity increases the risk of fires.

“This network comprises a bewildering array of laws, policies, and contracts that crate a complicated mix of incentives and outcomes,” they claim, which result in inefficiencies in the system that often make suppression efforts ineffective.

For example, tanker drops of fire retardants have little effect on large fires, as do “backfires,” but still the tactics continue to be funded. In many cases, the cost of suppression far exceeds the value of the protected resources.

The situation is one in which, “…Homeowners don’t pay for the government’s all-out efforts to put out fires and protect their lives and property; tens of millions of taxpayers do.”

The government’s expenditures are “implicit subsidies to property owners,” which can be more than 20 percent of a home’s value. “In Montana and Idaho, the subsidies exceed the total value of the federal transfers to those states for the Temporary Assistance for Needy families program.”

The subsidies also undermine incentives for property owners to take preventive actions such as reducing undergrowth that fuels fires or to use fire resistant building materials or for local governments to enforce codes for defensible space regulations. They likened the policies regarding wildfire to those created by federal flood insurance.

The government’s policies create “distorted incentives.” They reduce the cost of insurance premiums for home owners, who if they had to pay the cost for the real risks, might find their choices less affordable and less desirable.

It was further pointed out that most of the subsidy benefits do not fall to low income citizens but they actually subsidize the high income.

The significance of “price signals” are lost on California, where in 2018 the state legislature prohibited insurance companies from cancelling or refusing to renew policies for up to a year after a wildfire emergency. “Choosing to risk having your home destroyed by a wildfire is one thing. But other policy holders or even taxpayers shouldn’t be forced to subsidize you to take that risk,” states the article.

Recommendations made by Lueck and Yoder includes two reforms: one, to let more fires burn more widely, especially in areas where few structures are at risk and to concentrate resources on protecting life and property… and two, to set funding at a base level and to let agencies “bank” unspent funds from year to year, which would encourage homeowners and insurers rather than “far-flung taxpayers” to foot the bill and support incentives to make better decisions.

Other actions that could be taken to try to reverse the situation is to reduce ignition risk and to limit the intensity of wildfires when they do break out, such as prescribed burns and selective harvesting.

The author concedes that there are often much political and environmental opposition to such efforts and “when they do get off the ground bureaucratic and legal obstacles often limit their scope.”