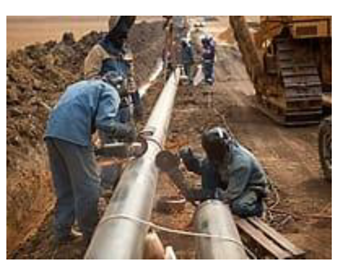 A report was quietly released from the Department of Energy (DOE) in the last days of 2022 with no comment from the White House, about the economic impacts of cancelling the Keystone XL Pipeline. If the pipeline had been allowed to go forward it would have been completed this year.

A report from Fox News, recognized Sen. Steve Daines for having forced the release of the report that was supposed to have been made public over a year ago, which analyzed what would have been the positive impacts of the pipeline if President Biden hadn’t revoked its federal permits in the first days of becoming president.

The DOJ report says the Keystone XL project would have created between 16,149 and 59,000 jobs and would have had a positive economic impact of between $3.4 billion and $9.6 billion. A previous report from the federal government published in 2014 determined 3,900 direct jobs and 21,050 total jobs would be created during construction which was expected to take two years.

“These policies may appeal to the woke left but hurt Montana’s working families,” he continued. “I’ll keep fighting back against Biden’s anti-energy agenda and supporting Montana energy projects and jobs.”

The DOE was forced to issue the report after Daines and Sen. Jim Risch, R-Idaho, successfully inserted a bill mandating the report into the Infrastructure Investment and Jobs Act Biden signed into law in November 2021. The agency was required to publish the report within 90 days of the bill’s passage but ultimately waited more than a year before releasing it.

(Also unaddressed was a projected $80 million-plus of property tax revenue that would have been paid to Montana, of which $65 million would have gone to the counties through which it passed.)

Biden’s decision to cancel the pipeline has received widespread criticism from Republican lawmakers and energy industry representatives who have argued it would have helped keep gas prices down and ensure energy security.

Keystone XL had been slated to be completed early this year and transport an additional 830,000 barrels of crude oil from Canada to the U.S. through an existing pipeline network, according to its operator, TC Energy.

TC Energy ultimately gave up on the project in June 2021 as a result of Biden’s decision. Last year, a federal judge tossed a legal challenge from nearly two dozen states asking the court to reinstate the pipeline’s permits.

In July 2021 TC Energy, the Canadian company that owns the Keystone Pipeline System, filed a $15 billion lawsuit against the Biden administration in compensation for damages that it has suffered as a result of the U.S. Government’s breach of its NAFTA obligations. They claim that the US administration violated the North American Free Trade Agreement with its decision to kill the $9-billion project.