Following recommendations from the Northwest Commission on Colleges and Universities’  Seven Year Mission Fulfillment and Sustainability Evaluation of MSU Billings which occurred in 2018, MSU Billings received a glowing report from the NWCCU’s virtual visit this past April, commending the university for turning the ship around in such a short amount of time.

President Trump issued an executive order to expand access to telehealth services for millions of Americans—especially those living in rural communities.

“The Trump Administration has cut red tape allowing telehealth services for seniors and for other Americans,” Press Secretary Kayleigh McEnany said at a news briefing. “Thirty-five percent of Medicare beneficiaries took advantage of the President’s reform.”

The executive order calls for more investments into Rural America’s communications infrastructure to better support telehealth. As a result, more Americans would have access to the kind of affordable, personalized care that puts the patient in control. President Trump issued an executive order to expand access to telehealth services for millions of Americans—especially those living in rural communities.

“The Trump Administration has cut red tape allowing telehealth services for seniors and for other Americans,” Press Secretary Kayleigh McEnany said at a news briefing. “Thirty-five percent of Medicare beneficiaries took advantage of the President’s reform.”

The executive order calls for more investments into Rural America’s communications infrastructure to better support telehealth. As a result, more Americans would have access to the kind of affordable, personalized care that puts the patient in control. 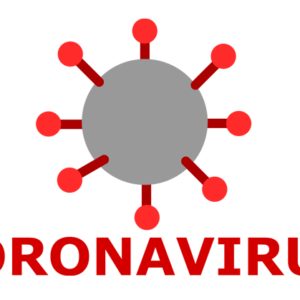 In a state-by-state breakdown of positivity rates, in testing for the COVID -19 virus in nursing homes, Montana is in the lowest category – those states with less than a five percent positive rate.

The study was released by American Health Care Association and National Center for Assisted Living. With 71 nursing homes, Montana’s positivity rate is 4.2 percent.

The agencies are concerned about the 33 states that have positivity rates higher than 5 percent- – ranging from Arizona with 22.7 percent to Oregon with 5.1 percent. Maine and Vermont have the lowest rates at 0.7 percent.

Since July 26, there are 33 states with a positive test rate of over five percent, underscoring the need for increased testing and PPE to keep the virus from spreading.  Many states still have a significant percentage of facilities without vital PPE, including N95 masks, surgical masks, and gowns, according to the Centers for Medicare & Medicaid Services (CMS)

On July 22, 2020, the CMS announced that, “[they] will begin requiring, rather than recommending, that all nursing homes in states with a 5% positivity rate or greater test all nursing home staff each week.” If implemented today, 11,640 nursing homes would be required to conduct such weekly testing.

District Court Judge Rod Souza rejected a request by the Montana Race Horse Owners and Breeders Coalition, (MRHOBC), to place an injunction against Yellowstone County to halt the demolition of the Grandstands at Metra Park.

The MRHOBC claimed that the County Commissioners did not attempt to explore the potential of placing the Grandstands on the National Register of Historic Places and that the demolition would irreparably harm horse racers and breeders.

The county rebutted that commissioners followed proper legal procedures over many months, in deciding to demolish the Grandstands. They also pointed out that the decision to demolish them was made over four months ago, during which time there was no response by MRHOBC. And, also that the county commissioners were not obligated to pursue the historical status.

Jeana Lervick, Chief In-House Counsel for the County Attorney’s office, said in the county’s rebuttal, “Plaintiff is not irreparably harmed and there is no emergency warranting the Court’s intervention.” She pointed out that Dan Fuchs, President of MRHOBC, had several times spoken to commissioners and others at public meetings about his organization’s interests and concerns. The county encouraged them to participate in an on-going planning process for the future.

On behalf of the county, Lervick asked that the court make a decision without holding a hearing.

After explaining that the court is not allowed to skip a hearing process, Judge Souza held a hearing on Friday after which he concluded that the county was acting within its authority to demolish the grandstands. He said, “…the Coalition’s interests may be met by participating in the public planning process.” Also, he stated, “As the County argued at hearing, disagreement with the Commissioners’ decision does not create a legal basis for the extraordinary remedy of injunction.”

Souza also pointed out that the Coalition was making arguments “that are not appropriate for the judiciary. . . judiciary action cannot be based on disagreement with policy decisions…Commissioners’ decision to demolish the Grandstands is a political question.”

MRHOBC is anticipating being able to finance horseracing in the future through Historical Horseracing gambling proceeds and the group hopes to resume horseracing at the Grandstands next year. It’s been nine years since there has been horseracing in Yellowstone County.

Fuchs said, after hearing the court’s decision, that the commissioners have yet to justify to taxpayers about a failure to take advantage of potential grants that are available through the historical registration process that could help refurbish the grandstands.

Lervick commented about the decision, “The Commissioners are glad to proceed with their plans and are hopeful that the Association and community will voice their hopes for what the future of MetraPark will hold.” 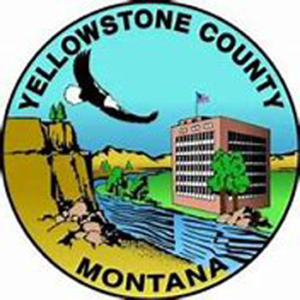 The new taxable property compensated for a slight decline in total taxable value this year for the county due mostly to adjustments to centrally assessed properties that resulted in a slight contraction, according to Yellowstone County Finance Director Kevan Bryan.

Bryan compared that to Gallatin County, which grew five times more and “continues to lead the state in valuation.”

Because of the newly taxable property the total taxable value for Yellowstone County increased 1.8 percent, including adjustment for inflation of just over one percent.

County revenue will increase about $1 million, which gets disbursed to dozens of department budgets from the General Fund and the Bridge fund to Weed, Seniors, Extension Service, Sheriff’s Department, etc.

Each year the Montana Chamber Foundation brings the mid-year economic projections for local, state, and national economies.  They have opened registration  for a VIRTUAL Economic Update, on August 4 and 6 when Dr. Pat Barkey, from the University of Montana’s Bureau of Business and Economic Research, will give expert insight into what is on the economic horizon. We are beginning to get data. That might sound strange. Most of us have been swimming in data, but data on economic activity are slower to arrive. What do they tell us about Montana’s experience? Relative to the nation and many other states, we have had a slightly less severe hit to our economy, as measured by preliminary job figures. Through June, those data show jobs down 23,000 compared to last year, better than all but three states in percentage terms. The event is sponsored by Boeing, Charter Communications, First Interstate Bank, Glacier Bancorp, Montana State Fund, NorthWestern Energy, and Microsoft. To register go to www. montanachamber. com/ event -registration/ 2020- economic- update/

Pass Through Businesses Pay Half of All Taxes, Montana Has Most 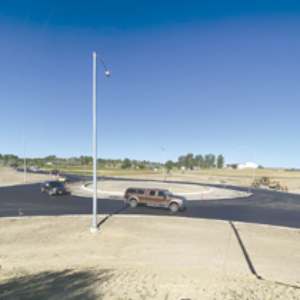 The Montana Department of Transportation (MDT) announced that the paving of a single-lane roundabout on Old Highway 312 and Five Mile Road is complete. Work will now entail installing new signs, rumble strips on Five Mile Road and interim striping. In the next weeks, concrete finish-work and landscaping will occur, followed by chip sealing at the end of August. Drivers are advised to travel safely and be prepared for flaggers, workers, heavy truck traffic, and equipment entering. 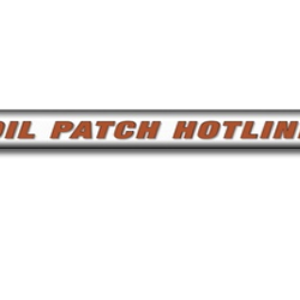 From the Oil Patch Hotline

North Dakota’s top state officials geared up for a tough legal fight to join in overturning a Federal Judge’s decision to shut down the Dakota Access Pipeline after warning that action could be devastating to the state.
“He (the judge) did not appreciate the economic devastation to our citizens and community,” said Gov. Doug Burgum.
“The massive economic impact is enormous,” said Atty. Gen. Wayne Stenhjem. “It impacts roads, schools, jobs and companies, taxes and royalties.”
They were reacting to the decision by Federal Judge James Boasberg to shut down the $3.8 billion crude oil pipeline and remove all oil by Aug. 5 while an environmental review by the US Army Corps of Engineers takes place.
Energy Transfer Partners, the parent company of Dakota Access, is expected to appeal the judge’s decision after he rejected the company’s stay.
“Shutting down the pipeline will have a greater negative impact on safety than any environmental benefit the court is claiming to gain, putting more trucks on our roads, and more rail cars on the tracks, nearly 900 railcars per day,” said Ron Ness, president of the ND Petroleum Council. “Shutting down the pipeline will cut off North Dakota oil producers from the safest, most reliable and economic method of transporting our high-quality Bakken oil to the best markets in the country.”
Increasing crude oil hauling by train will also impact the state’s farmers during harvest season, he said.
Justin Kringstad, executive director of the ND Pipeline Authority, said 300,000 BOPD is being shipped out of state now on unit trains each carrying 70,000 BOPD.
Briefing the ND Industrial Commission headed by Gov. Burgum, Kringstad said converting more crude oil to rail shipping will be costly, adding at least $5 a barrel on top of the $8 a barrel transportation costs now.
There are 11 loading stations in the state, Kringstad said, but it will take time to ramp up additional rail cars and crews for more rail shipping. At its peak in 2012, the state was moving over 850,000 BOPD by rail.
The Enbridge pipeline running to Clearbrook, MN can handle 145,000 BOPD while the True Oil and Kinder Morgan pipelines also move smaller volumes south through Wyoming.